Four new escalators linking the concourse of Waterloo Station with the walkway to Waterloo East have opened as work continues on a £10 million project to create a new balcony lined with shops and restaurants. 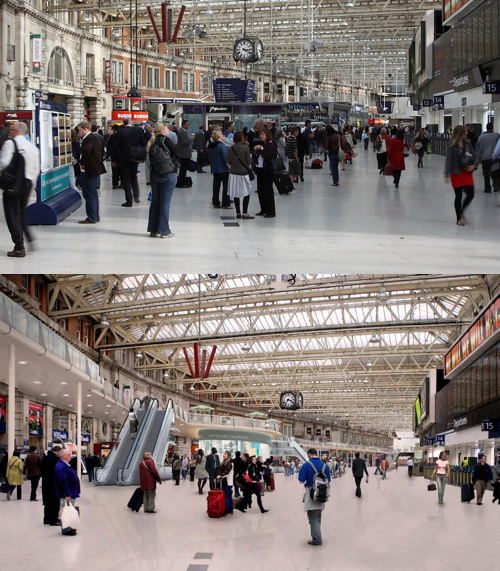 Network Rail confirmed this week that ten new outlets including Carluccio's, Corney & Barrow's C&B Cabin and Thomas Pink will be opening in July in time for the Olympic Games.

Work started in April last year on the project to create the new balcony along the length of the station concourse.

"Waterloo is the busiest station in Britain with more than 90 million passengers a year," says Tim Shoveller, managing director of the Network Rail/South West Trains alliance which runs the station.

"As the number of people using the station continues to rise, we need a radical solution to provide the space and facilities that passengers need.

"The new balcony will help ease congestion and improve the journeys of millions of people each year."

A team of 150 builders is working round the clock to complete the project.