Residents of Reverdy Road have given the thumbs-up to to a film about their street which will be broadcast this week. 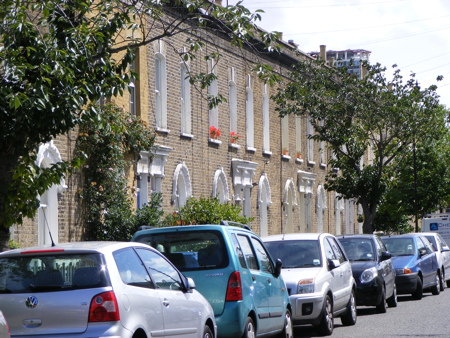 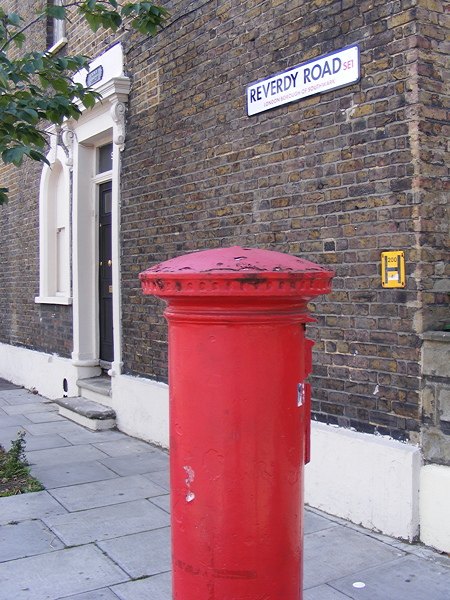 The doctor's house in Reverdy Road

Reverdy Road will be the featured street in the Wednesday 4 July episode of The Secret History of Our Streets on BBC Two.

Many people living in and around the road gathered in St Anne's church at Thorburn Square on Wednesday for a preview screening organised by local resident Charlie Samuda.

Producer Brian Hill was introduced by the vicar, Revd Stewart Hartley, who appears in the film speaking about Dr Alfred Salter. A church service at St Anne's had been filmed for the programme.

There are interviews with Dr Max Gammon whose corner house was purpose built for a doctor. He recalls one of his early elderly patients who remembered his predecessor visiting patients by carriage. The surviving stables account for the house's long frontage on the corner of Reverdy Road.

Long time resident Terry Sullivan amused the audience when he was seen demonstrating his bouncy waterbed.

Terry tells viewers that he is working class but a neighbour drew laughter when she said that her brother had become middle class by moving to Surbiton.

The first episode about Deptford High Street has brought criticism from some locals but the only complaints from the audience after the Reverdy Road showing was that some of them had not appeared in the final edit.

Both the programme and the gathering highlighted the opposition to Southwark Council's policy of selling vacant houses to property investors who push prices up to half a million pounds. Many regretted that their children have to leave Southwark to find a home.

How the council comes to own a high percentage of the street is explained in the programme which visits the stately home of the Victorian lord of the manor who lived at Alscot Park near Stratford-upon-Avon.

Alscot Road in Bermondsey can be found alongside Spa Gardens which was once farmland belonging to the West family of Alscot Park.

In 1960 Bermondsey Council, later subsumed into the borough of Southwark, bought the entire London estate which by then was Victorian housing and no longer fields.

This autumn Stephen Humphrey is organising a coach trip to the stately home which is not normally open to the public.

There is one question which has not been answered despite months of research: just why is it called Reverdy Road?

• The TV series is accompanied by a book – The Secret History of Our Streets: London – published by BBC Books.