The Duke of York and the Qatari prime minister visited the Shard at London Bridge on Thursday for an 'inauguration' ceremony to mark the external completion of Europe's tallest building. 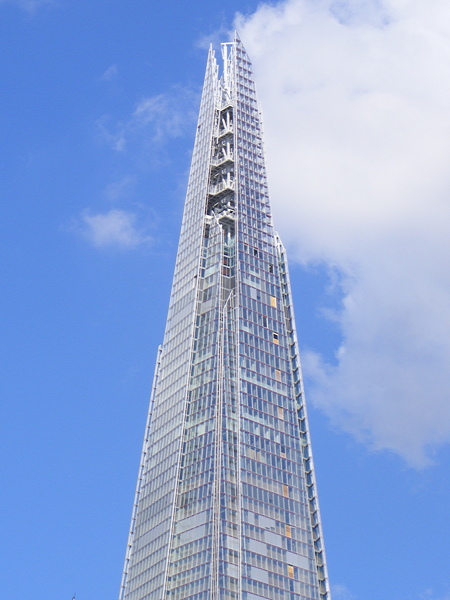 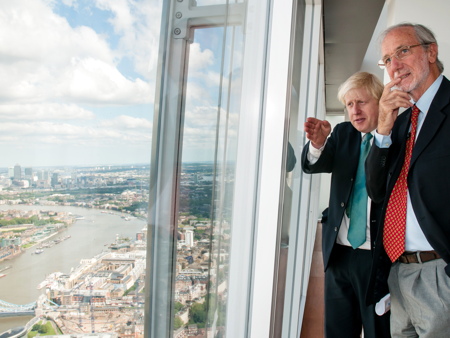 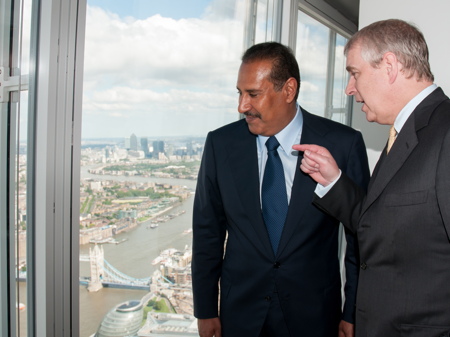 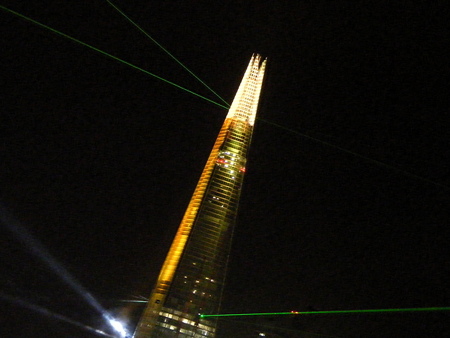 Sheikh Hamad Bin Jassem Bin Jabor Al Thani, prime minister of Qatar, joined the Duke of York and dignitaries including the Mayor of London Boris Johnson and past mayor Ken Livingstone for the Thursday afternoon ceremony.

The tower has been developed by Sellar Property with funding from the state of Qatar.

Apart from the Shangri-la hotel which opens early next year the tower still has no confirmed tenants, although developer Irvine Sellar says he hopes the building will be fully occupied by the end of 2014.

Tickets have now gone on sale for the visitor attraction at the top of the tower which opens on 1 February 2013. Known as The View from the Shard, tickets are priced at Ł24.95 for adults and and Ł18.95 for children.