Visitors to Tate Modern will be invited to look at works of art in the dark using only the light of Olafur Eliasson's 'Little Sun' solar-powered lamps. 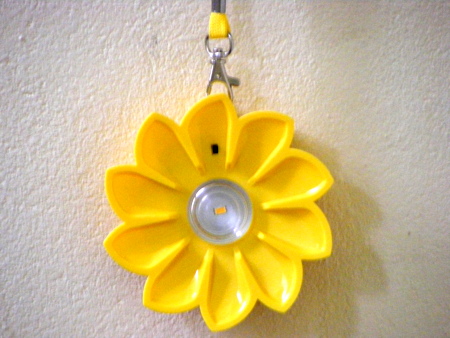 Olafur Eliasson is probably best known for the giant sun he created for The Weather Project which drew more than 2 million visitors to Tate Modern's Turbine Hall during its five-month installation in 2003 and 2004.

The artist has now developed the Little Sun solar-powered lamp with the engineer Frederik Ottesen to focus attention on the power of solar light to improve lives.

Around 1.6 billion people worldwide live without access to mains electricity. Many of them rely on kerosene lanterns for lighting, which is both expensive and a health hazard.

Little Sun brings light to people in off-grid locations, enabling them to work, reduce household expenses and improve the quality of life.

As part of the London 2012 Festival, gallery visitors will be invited to participate in Tate Blackouts on Saturday nights this summer.

For two hours from 10pm the lights will go out and visitors can look at the works of art in the suite of surrealism galleries using only the light of Little Sun lamps.

"Olafur Eliasson is an artist whose work has always sought to bring new technologies to the service of art," says Sir Nicholas Serota, director of Tate.

"In the Little Sun project, he has made a beautiful object with an immense social and economic value, which has the potential to change lives in off-grid areas of the world. Tate Modern, which hosted his Weather Project, is the natural place to launch this new venture."

Tate Blackouts will take place between 10pm and midnight on 28 July, 4 August, 11 August and 18 August. The events are free with the purchase of a Little Sun (Ł16.50).