Tacita Dean's 11-minute silent film is the latest artwork to fill the turbine hall at Tate Modern as part of the Unilever Series of commissions for the vast space at the heart of the former Bankside Power Station. 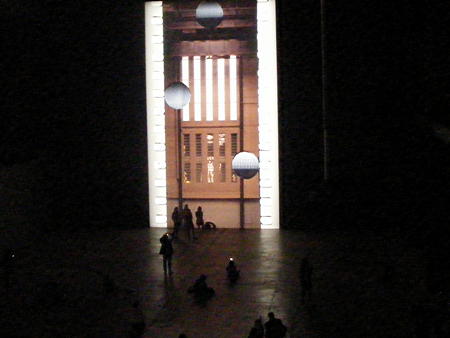 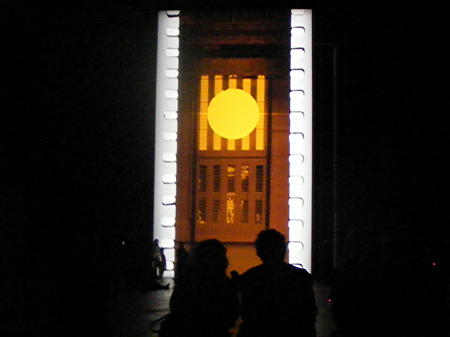 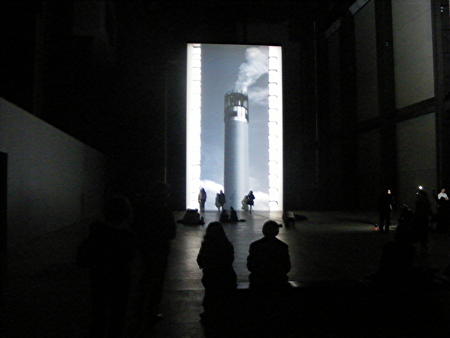 Described by Tate Modern director Chris Dercon as "an homage to analogue film-making", the film is projected onto a 13-metre screen at the eastern end of a darkened turbine hall.

Filmed in portrait format rather than the conventional landscape, the Berlin-based British-born artist says that the piece is "a portrait of the medium itself".

Dean is worried that traditional film printing faces extinction, with the number of laboratories in Europe capable of processing 25mm analogue film down to single figures.

"Digital is a separate medium. It's also a fantastic medium; it's got massive potential," she told a press conference on Monday morning.

"I am in no way anti-digital; I want to make that completely clear. But I love film and I don't want to lose my ability to make film. It looks like I probably will."

Entitled FILM, the footage was shot in Berlin even though the piece is set in the turbine hall itself. The artist explains that it "quotes" Olafur Eliasson's earlier Weather Project installation for thr turbine hall, "just because I could". (The two artists shared a studio in Berlin.)

Asked to explain why she had made a silent film, the artist said that the main reason was a lack of budget for sound, but she added that she was conscious that "the turbine hall has its own soundtrack".

• Tacita Dean: FILM is in the turbine hall at Tate Modern until 11 March 2012