In a bid to highlight the consequences of unlicensed street trading Lambeth Council has crushed an ice cream van seized on Westminster Bridge. 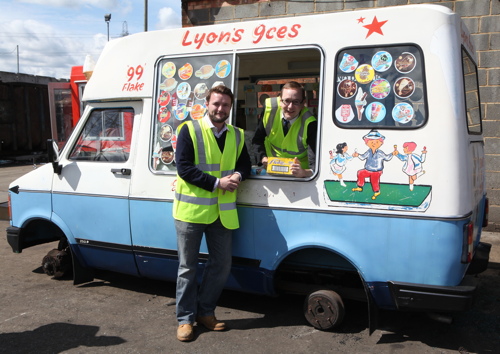 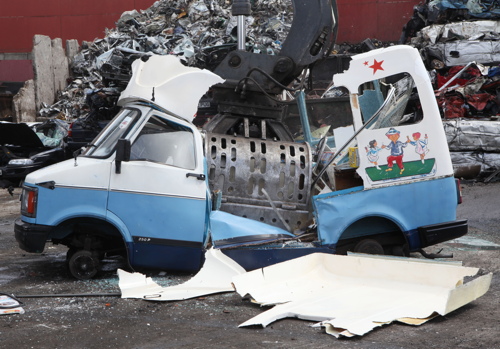 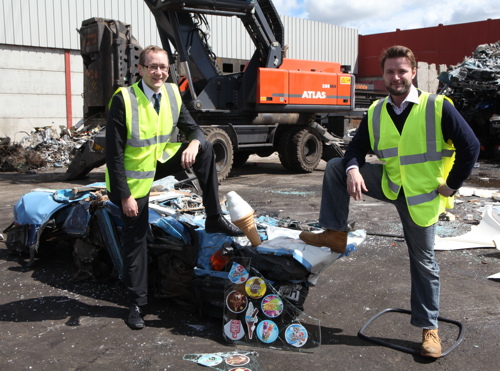 Cllrs Robbins and Hopkins with the remains of the van

The ice cream van was seized on Westminster Bridge near the London Eye in May 2011 and destroyed at a South London scrap yard last week.

"We're determined to do everything in our powers to tackle cowboy traders who try to operate there.

"Crushing this van sends a clear message that we are prepared to use all legal powers at our disposal to protect the public and crack down on unlicensed traders who clearly believe they are above the law.

"This van was being parked in Westminster Bridge blocking cycle lanes, and those trying to travel safely by bike along the busy route have already told me they welcome this move.

"We are working hard to make life as safe and pleasant for residents across the borough, and today's action is part of that push."

The council was granted interim civil injunctions against Elma Sanli and Ndue Meli on 13 June which ban them from trading in 22 streets around South Bank and Waterloo.

Cllr Pete Robbins, cabinet member for neighbourhood services, said: "Crushing this ice cream van shows that in Lambeth we will take the strongest possible action against people who cause a nuisance to our residents and visitors.

"We have successfully used injunctions to stop illegal traders on the South Bank, and seizing their assets is just the cherry on top."