Transport campaigners and trade unions staged a protest outside Waterloo Station on Tuesday morning to highlight the impact of planned increases to train fares. 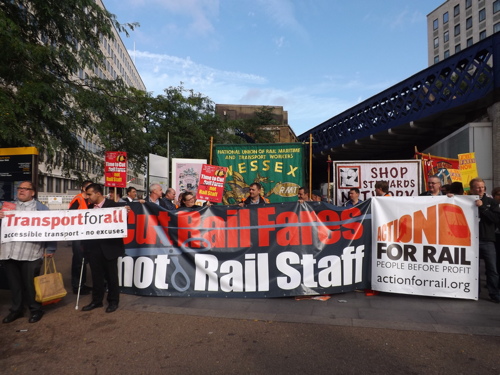 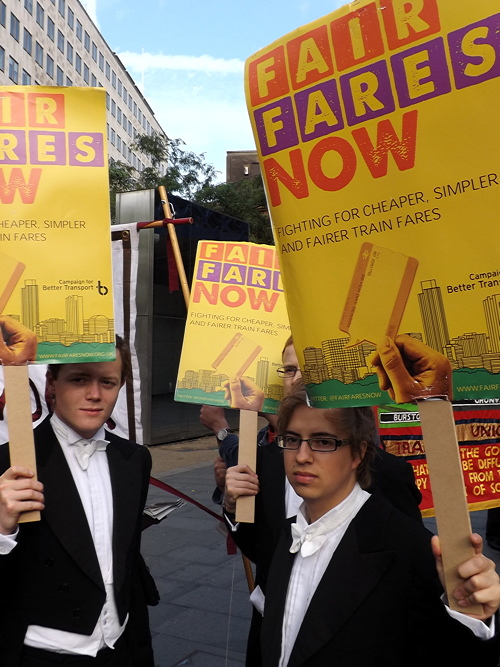 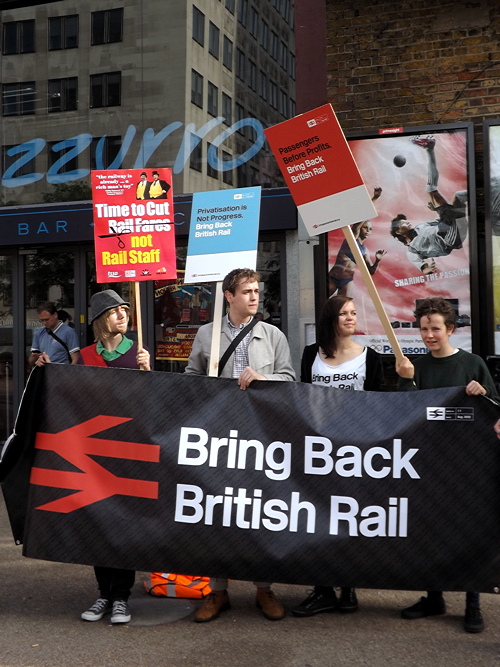 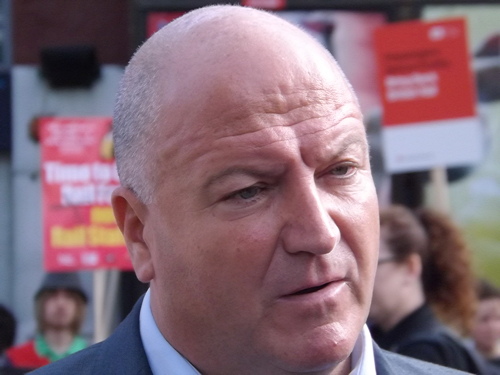 Groups participating in the protest in Sutton Walk included the RMT union, the Campaign for Better Transport, Transport for All, Climate Rush and Bring Back British Rail.

Train operating companies will be able to increase rail fares by retail price index inflation plus three per cent.

The campaigners are also highlighting the recommendation set out in a study by Sir Roy McNulty, commissioned by the Government, who recommended widespread cuts to railway staff and ticket office opening hours.

"It's obvious that people are angry and frustrated with the railway system in this country since it was dismantled and sold off in the 1990s, and these extortionate train fare rises will only make this situation worse," said Ellie Harrison, spokeswoman for the Bring Back British Rail campaign.

"We need a radical rethink of the way our railways are run so that passengers can, once again, take priority over profits."

RMT General Secretary Bob Crow said: "Passengers will be rightly angry when they find out the full extent of the inflation-busting fare increases imposed on them by government diktat.

"The idea that this extra money will be invested in the railways is a sick joke, it will simply be trousered by the greedy train operators, same as it always has been since privatisation.

"The case for renationalising our railways, and throwing the extortionists and rip-off merchants off the tracks, is now overwhelming.

"The public is sick and tired of being charged through the nose to travel on creaking, overcrowded trains while the rail companies are robbing them blind. The campaign to Bring Back British Rail is an idea whose time has come."