Campaigners for better provision for cyclists at Blackfriars Bridge claim that 2,500 people took part in Wednesday evening's go-slow 'flashride' across the river. 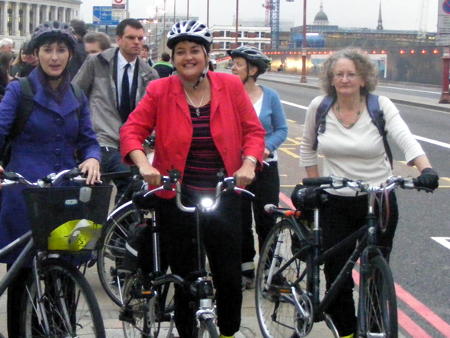 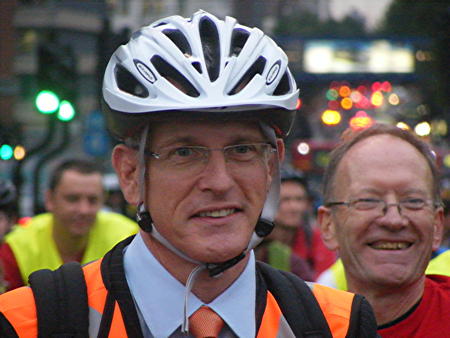 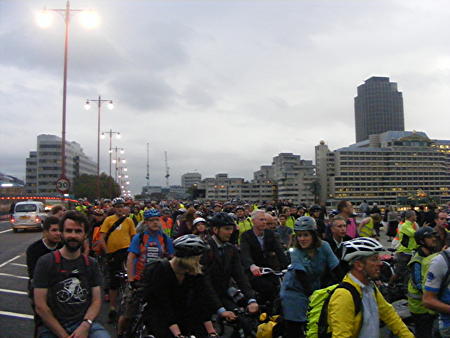 Participants in the 'flashride' formed up in Upper Ground before making their way across the river and back to Transport for London's offices at Palestra.

Similar flashrides were held in May and July. Climate Rush staged their own event on the bridge last month.

The London Cycling Campaign and other groups argue that Transport for London's proposed road layout for the junction at the northern end of the bridge fails to take proper account of the number of cyclists who use the river crossing every day.

In July the London Assembly called on the Mayor of London to commission a 'full review' of the speed limit at Blackfriars which will be raised to 30 mph when the current roadworks are completed.

Earlier this week the London Cycling Campaign published its own proposals for the junction featuring segregated cycle lanes and wider pavements.