Anti-BP campaigners marked the first anniversary of the Gulf of Mexico oil spill with a 'sleepover' flashmob at Tate Modern on Sunday in protest at the gallery's links with the oil giant. 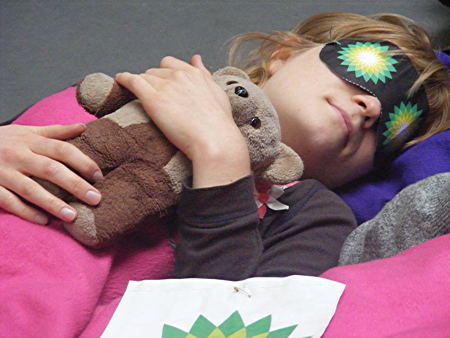 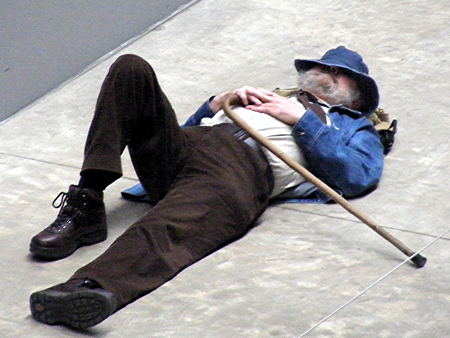 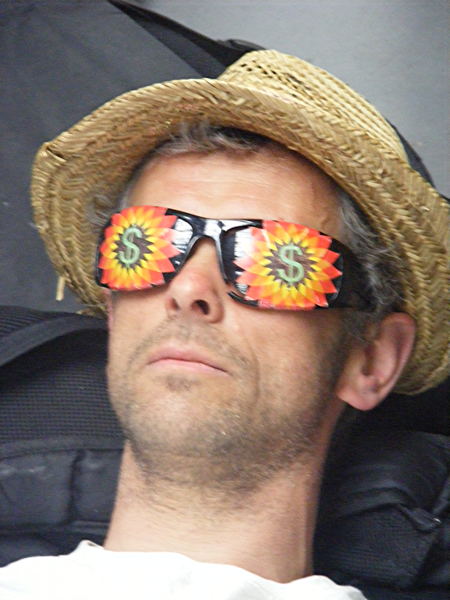 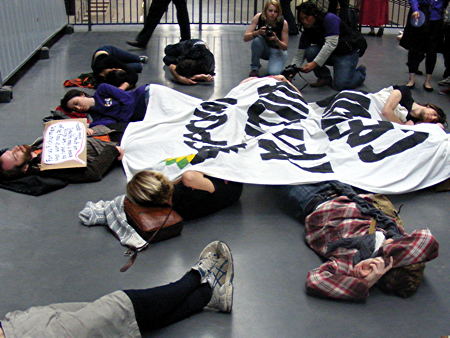 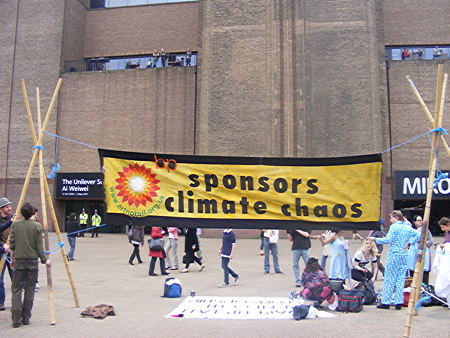 Direct action groups London Rising Tide and Art Not Oil organised the event which attracted about 30 participants – fewer than the "hundreds" mentioned in the flashmob's pre-publicity.

At 2.15pm the participants emerged from the throng of gallery visitors to don BP branding and fall 'asleep' on the Turbine Hall floor.

Four minutes later alarm clocks rang and the protestors 'woke up' before heading out onto Bankside for speeches.

"Sponsorship of galleries such as Tate is one of the most important ways BP tries to buy the public's acceptance and make people forget about disasters such as the Gulf of Mexico spill," said Tony Cottee of Rising Tide.

"We are here to make sure they don't get away with it, and to warn Tate that their own reputation is at risk through their association with such a damaged and damaging company."

"It's clear that BP has learnt nothing over the last year. The time has now come for Tate to say, 'enough is enough', and break off their relationship with BP once and for all."

The protest is part of a week of direct action against BP-sponsored cultural institutions coordinated by groups including London Rising Tide, Art Not Oil, London Climate Camp, Climate Rush and Liberate Tate.