Staff and parents from Coin Street Children's Centre travelled to Lambeth Town Hall on Monday to watch the borough's cabinet agree to withdraw the £124,000 annual funding the service currently receives. 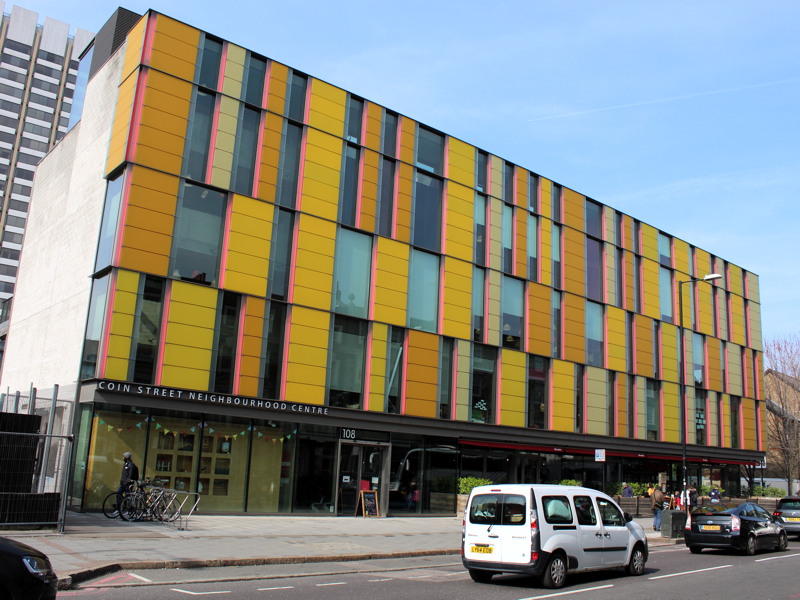 The Coin Street Children's Centre in Stamford Street on the South Bank is run by Coin Street Community Builders and receives funds from both Lambeth and Southwark councils.

Lambeth Council launched a consultation last December on plans to reduce the number of children's centres in the borough, with Coin Street one of those identified to lose its funding.

More than 2,000 people signed a petition opposing the cuts which was presented to councillors in February.

When the cuts come into force in September, Waterloo families on the Lambeth side of the border will have to travel to the Ethelred Children's Centre in SE11, more than 20 minutes' walk from Stamford Street.

Coin Street will continue to offer services to Southwark families, despite being located in Lambeth.

David Hopkins, Coin Street director of community, said: "Both parents and staff are devastated about Lambeth's decision to pull the plug on their support for a local children's centre for Waterloo families, after a proud 10 year history.

"Hundreds of families spoke up in defence of the life changing work which goes on at Coin Street Family and Children's Centre during the consultation, and highlighted Coin Street as a vital community resource for their children as they grow into young adults. The decision means Waterloo parents will now be expected to travel to Kennington or Oval to access their nearest Lambeth children's centres, which are already oversubscribed.

"There will no longer be a local children's centre within pram pushing distance, and inevitably children in our neighbourhood will be worse off in those crucial first five years of life.

"Our local MP Kate Hoey has pointed to the injustice of the situation, arguing that much more of the significant revenue Lambeth Council generates in Waterloo from development should stay in the area and be reinvested in vital facilities for the community such as Coin Street Family and Children's Centre.

"In the report which swung the axe on our children's centre, Lambeth Council pledged to identify alternative sources of funding for children and families living in the Coin Street area. We hope these are not empty words and that council officers and councillors find a solution before September which keeps Coin Street open for Lambeth families"

"The redesign is a reluctant response to the restrictions imposed by central government on the way we can spend our designated schools grant.

"These restrictions have left our children's centres budget with a shortfall of Ł1.4 million per year."

Cllr Brathwaite said it "would not be prudent" for the council to make up the gap from its reserves, arguing that the cuts are "a direct result of nine long years of Tory and Lib Dem austerity measures".

The Labour cabinet heard from opposition Green and Conservative councillors who argued for a different approach.

"You've turned your back on our children ... this is the usual Labour stitch-up and you should all be ashamed," said Conservative Cllr Tim Briggs, who claimed that Government funding for Lambeth schools had in fact increased not reduced.

Amid heated exchanges, Cllr Brathwaite hit back: "Don't come here just to grandstand. It's a waste of time and it's disrespectful to the residents who have made it here today."