A portable building which will serve as a temporary National Rail ticket office during the rebuilding of London Bridge Station was delivered during a weekend closure of the bus station. 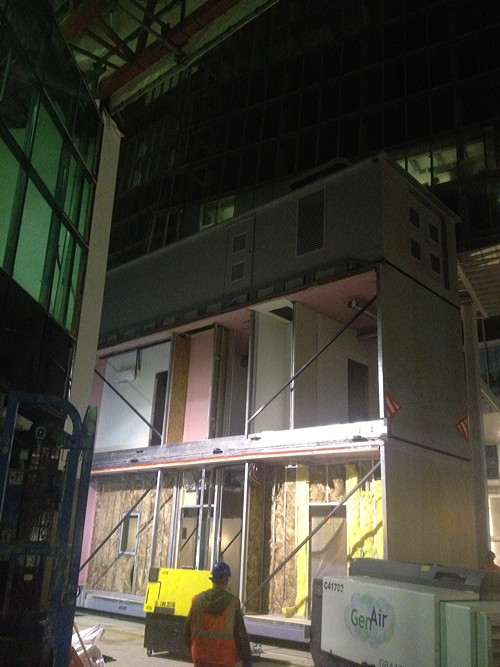 The temporary ticket office is moved into position opposite The Shard

The new ticket office is due to open in late November.

As work continues on the station redevelopment a number of changes to bus services have been introduced.

Bus stand A, which was served by routes 48 and 149, has closed and the services will depart from stand D for the next 18 months.

Transport for London has also announced a permanent change to route 17 which will no longer drop off or pick up from London Bridge Bus Station.

Buses on route 17, when arriving from Archway, will drop off passengers at bus stop Y on London Bridge with the return journey starting at bus stop M on the opposite side of the road.

The changes have been introduced less than three months after the completion of the new Renzo Piano-designed bus station.