The new restaurants on levels 31 to 33 of the Shard will levy a cover charge on their guests to prevent tourists from catching the lift to enjoy the view. 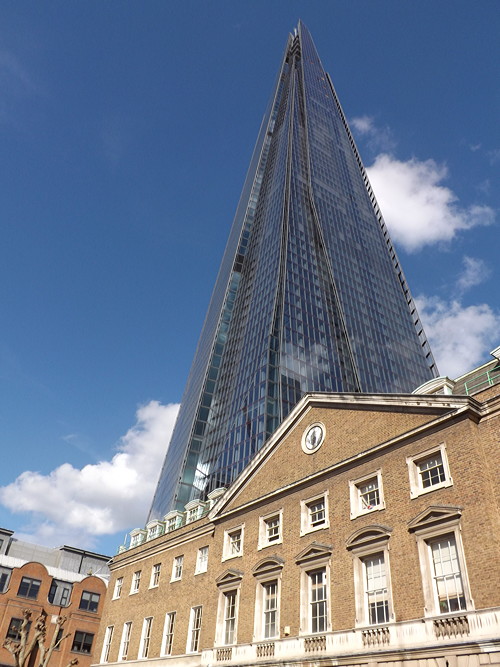 When planning permission for the tower was granted, it was subject to the provision of public access to parts of the complex, including a large atrium nearly half-way up the building.

Details of these access arrangements were approved by Southwark Council last month.

The Shard's developers announced in late August that Aqua Restaurant Group will operate the 31st and 33rd floors whilst the 32nd floor will be operated by business partners Rainer Becker and Arjun Waney. The restaurants and bars are expected to open in March or April 2013.

The level 31 restaurant includes an atrium with three-storey high panoramic views of London and the Thames.

However, to protect sales of the Ł29.95 tickets for the View from the Shard attraction, visitors to these restaurants and the associated atrium will have to pay a cover charge.

"The viewing galleries on levels 68 to 72 represent the major part of the opportunity for public access to the Shard to experience views of London," says the 'atrium management regime' document submitted to Southwark Council.

"Given that an entrance fee is to be charge for entry to those viewing galleries, it has been necessary to put in place a similar charging regime for access to the atrium to avoid undermining the viewing galleries on levels 68 to 72.

"As with the viewing galleries, members of the public will be encouraged to pay the cover charge appropriate to a specific date and time online.

"Spare capacity (if any) will be sold on the day from the reception at the entrance to the atrium."

The developers have promised that the atrium will be open to the public for a minimum of 300 days a year from 12 noon to 4.30pm and a minimum of 200 evenings from 5pm to 2am.