Taxi drivers converge on the Shard for protest

Traffic around London Bridge was brought to a near standstill on Tuesday afternoon as taxi drivers staged a protest about arrangements for cabs at The Shard. 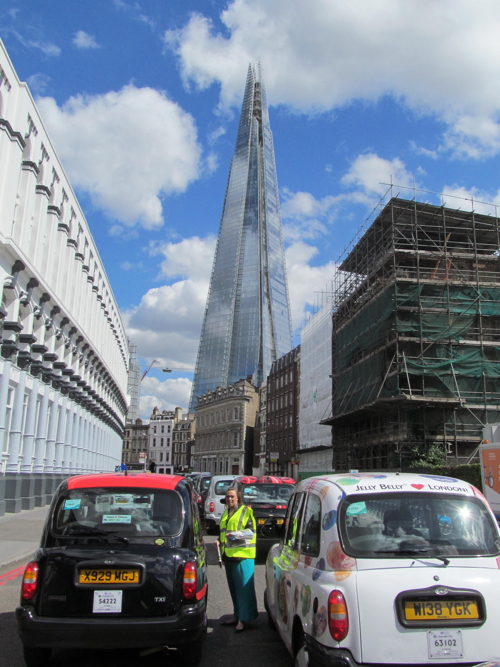 Southwark Street was lined with taxis on Tuesday afternoon 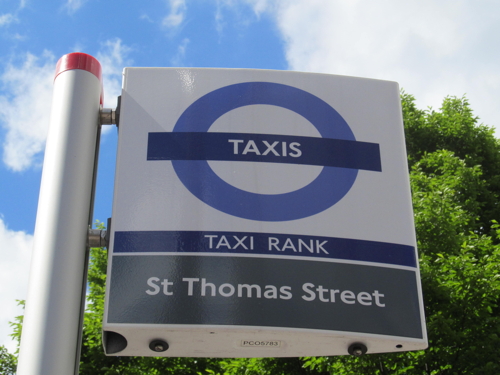 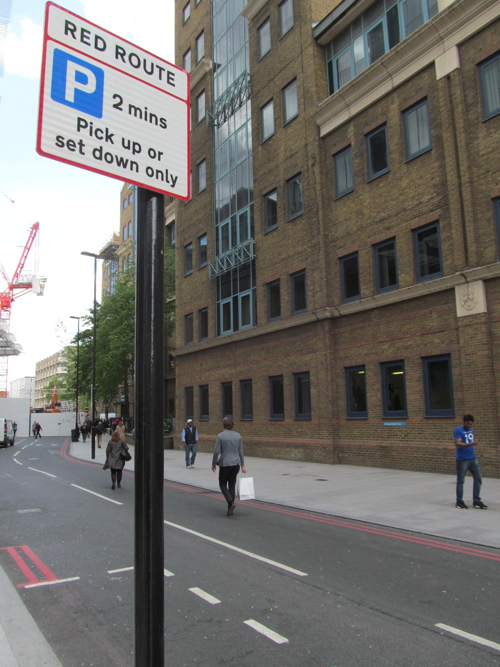 Hundreds of taxi drivers – as well as dozens of Knowledge students riding mopeds – converged on London Bridge to highlight their unhappiness with pick-up arrangements outside the skyscraper.

Tuesday's demo – scheduled to coincide with the official opening of the Shangri-La hotel – follows a late-night flashmob protest held at the end of last month.

The latest protest also spread to Blackfriars Road, where the public carriage office is based in Transport for London's Palestra building.

A new taxi rank with space for four vehicles has been created at the former eastbound bus stop in St Thomas Street but some cabbies complain that it is too far from the Shard and is not visible from the exit of the hotel and restaurants.

Many members of the the black cab trade are also unhappy with the Shangri-La hotel's contract with minicab firm London Executive, recently acquired by Addison Lee.