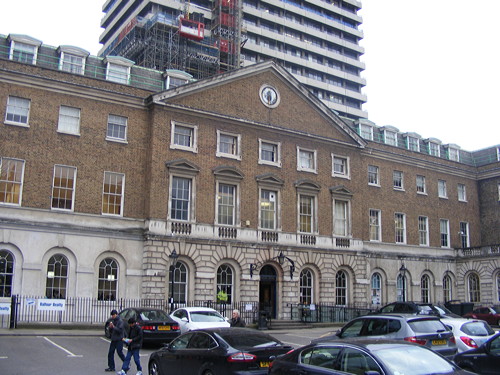 Plans for the new Science Gallery were recently presented to local businesses at the annual general meeting of Team London Bridge.

The gallery will occupy the ground floor, first floor and basement of Boland House at Guy's Hospital – including the current site of the McDonald's restaurant and some of the space used by the King's College London students' union.

A presentation shown to Team London Bridge members included images of the current consultants' car park between Boland House and Guy's Chapel transformed into a car-free piazza comparable to the courtyard at the Royal Academy of Arts or Theatre Square on the South Bank.

The attraction would be part of an international network based on the successful Science Gallery at Trinity College Dublin.

Google.org – the philanthropic arm of the search engine – has provided a grant of €1 million to help set up eight galleries around the world, with London expected to be among the first to open.

Science Gallery does not have a permanent collection and holds temporary exhibitions which are intended to inspire young adults to take an interest in science, art and health.

King's estimates that the London gallery could attract more than 250,000 visitors a year to its programme of at lease three main exhibitions and 100 public events.

The venue's programme will have a special emphasis on the 15-25 year old age group.

The college has appointed Dr Daniel Glaser – presently at the Wellcome Trust – as its director of science engagement. When he takes up the role in May this year he will lead the development of the Science Gallery.