Charity seeks consent to take down Guy and Clayton statues

Guy's and St Thomas' Charity has applied to Southwark and Lambeth councils for permission to take down the statues at SE1's two hospitals which were boarded up in response to recent controversy. 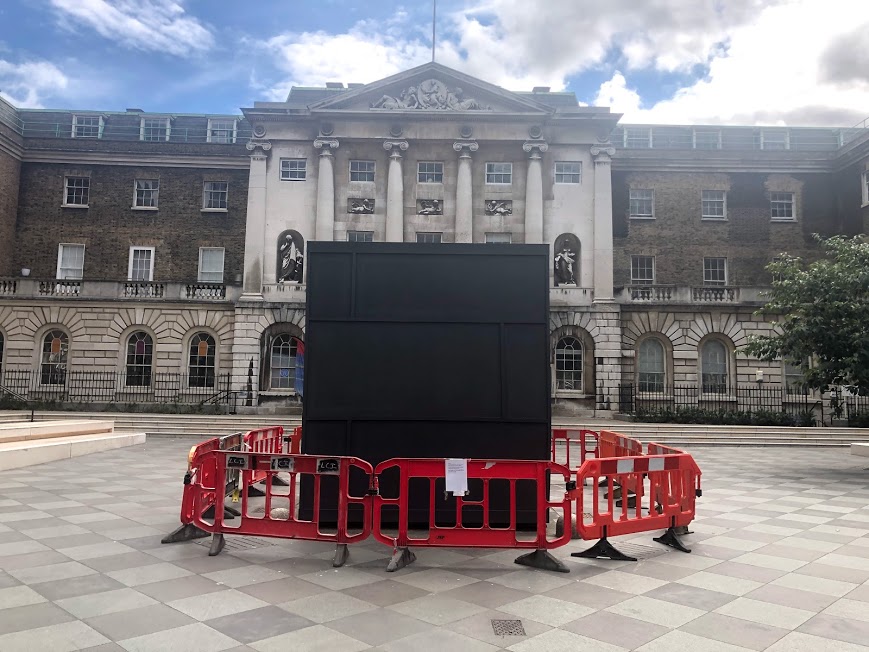 Thomas Guy's statue has been boarded up

Earlier this month the statue of Thomas Guy at Guy's Hospital and Sir Robert Clayton at St Thomas' Hospital were boarded up in response to the national public debate about memorials and statues honouring people with possible links to the slave trade.

Now the owner of the statues – Guy's and St Thomas' Charity – has applied to Southwark and Lambeth councils for listed building consent to remove the two memorials and put them into storage for up to a year.

On Thomas Guy, the charity says in its submission to the council that it will hold further discussions "to determine a suitable alternative location that better enables the appropriate historical context for the origin of Thomas Guy's wealth which led to the creation of Guy's Hospital.

"The statue will be stored away for up to twelve months until a more permanent location has been decided."

The charity contends that "... the statue's longer term relocation, for example, within a museum or other appropriate alternative location, with ability to contextualise Thomas Guy and his role, will in fact enhance its architectural and historical value..."

In the case of Sir Robert Clayton, the charity argues that as the statue was originally located at the old St Thomas' in Southwark, "...there are no historical or cultural connections to the statue at its current location ... It is therefore considered that the removal of the statue at this particular location would not have a detrimental impact on the architectural or social value of the structure and would not impede its interpretation by future users".

In both applications the charity warns that it may remove the statues even without receiving permission from the council if "the level of threat to the statue increases".

More than 15,000 people have signed a petition calling on King's College London to rename Guy's campus and drop the link with the hospital's founder.

A petition calling for Thomas Guy's statue to be retained has attracted more than 5,000 signatures.

Two petitions urging the removal of the statue have around 800 signatures between them.

A further petition – in favour of a statue of Peckham GP Dr Harold Moody – has won the support of nearly 500.

Meanwhile King's College London's chaplaincy has edited its web page about Guy's Chapel to insert a reference to the South Sea Company's association with slavery and to remove text describing Guy as "an eccentric and controversial philanthropist" best remembered for "an act of extraordinary generosity".

Green Party co-leader Jonathan Bartley – who is also a Lambeth councillor – is among those who have called for Clayton's statue to be taken down. He wrote to hospital bosses earlier in the month.