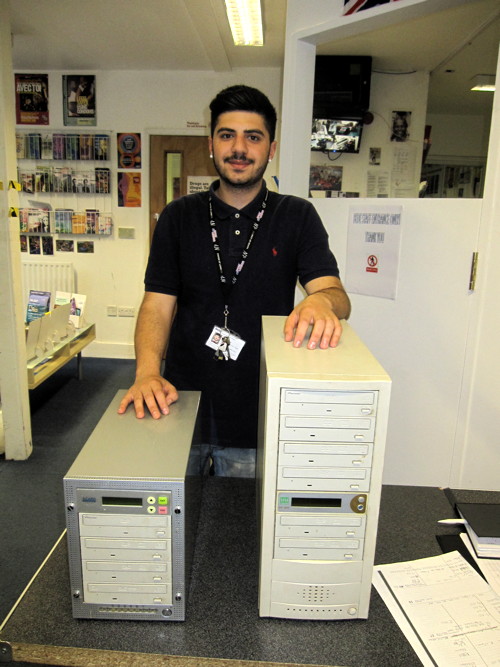 The burner was seized from David Cox, 50, from Bermondsey, who was sentenced to 18 months in jail last December after admitting to making and possessing for sale almost 5,000 fake copies of DVDs from his video shop in Dunton Road.

Cllr Richard Livingstone, cabinet member for finance, resources and community safety, said "I am pleased that the Bede House Association will benefit from the equipment recovered, a good outcome from a negative situation.

"On my visits to Bede in the past, I have seen first hand what great work they do with young people and this equipment will help them get more out of their music studio."

"The case of Mr Cox should serve as a reminder that the council takes a tough stance on the producing and distributing of illegal counterfeit goods. Offenders will be dealt with due severity."