One of the London Eye's 32 pods has been renamed the 'Coronation Capsule' to mark the 60th anniversary of the Queen's coronation. 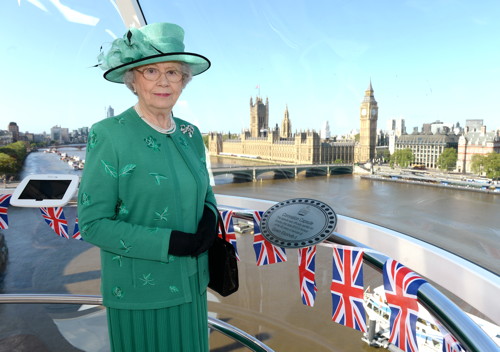 A plaque was unveiled on Sunday morning by a Queen lookalike.

"The London Eye is happy to announce the naming of a capsule in honour of Queen Elizabeth II," said spokeswoman Leah Larkin.

"We thought it would be a nice gesture to mark the 60th anniversary of the long-serving monarch.

"Following on from the Royal Wedding, the Queen's Diamond Jubilee and the Olympics, it is another reason for people to get together to celebrate and where better to do that than at one of Britain's most iconic landmarks?"

The London Eye also hosted a range of family events in Jubilee Gardens which was rebranded 'Coronation Gardens' for the day.