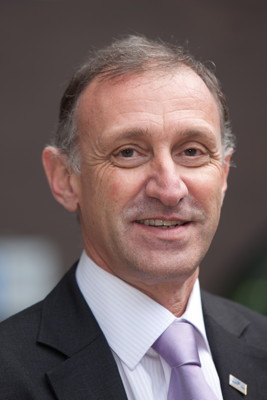 "I want to ensure that patients receive the best possible care so that they can live long and healthy lives despite the effects of a stroke."

In his new role he will be involved in making national decisions and developing policies for the care of people who have suffered a stroke.

Professor Rudd has worked at Guy's and St Thomas' NHS Foundation Trust since 1988 initially as a consultant geriatrician. In 2002 he began to focus solely on stroke and improving the care provided to these patients.

Professor Rudd is also the London clinical director for stroke, leads the stroke programme at the Royal College of Physicians, is vice chairman of the Stroke Association, and was a member of the group that developed the national stroke strategy at the Department of Health in 2007.

St Thomas' Hospital is home to an acute stroke unit which helps adult patients recover from a stroke after they have received emergency care.

On the unit, patients are treated by a wide range of staff including physiotherapists, occupational therapists, dietitians, speech and language therapists, doctors and nurses.

The Evelina London Children's Hospital at St Thomas' offers the only children's stroke rehabilitation service in the country.