A project to bring to life the poems of William Blake in a series of mosaics installed in railway arches in North Lambeth has been named as a finalist in this year's National Lottery Awards. 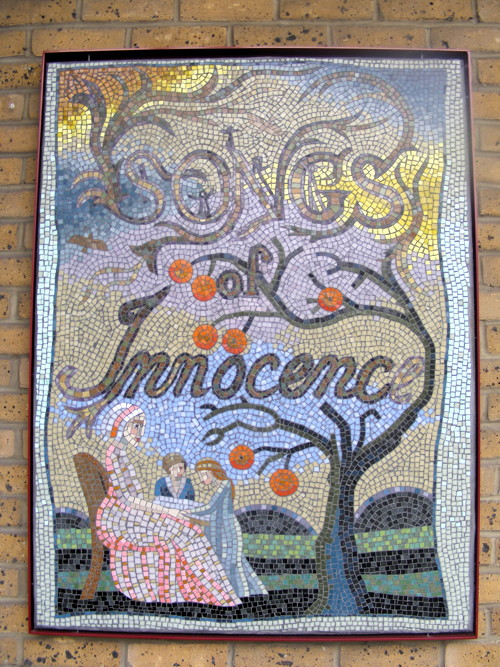 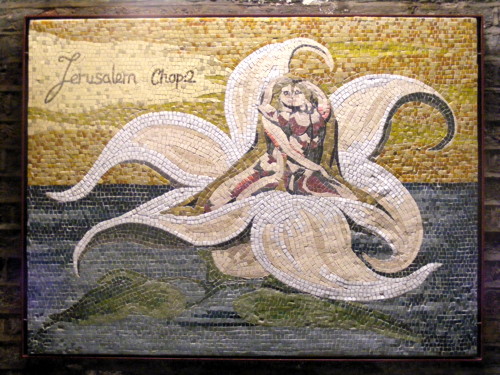 The Blake's Lambeth project run by local social enterprise Southbank Mosaics is one of 49 Lottery-funded projects to be shortlisted for an award.

The finalists are now competing for public votes and the seven winners will take their place at a glittering awards ceremony in September which will be broadcast on BBC One. Winners will not only pick up a trophy but also a £2,000 cash prize to spend on their project.

Blake's Lambeth has brought together dozens of volunteers to create mosaics inspired by the poems of William Blake which are displayed in the streets near the writer's home in Hercules Road.

Over 300 local people contributed to the mosaics including young offenders, school and university students, people experiencing mental ill-health or with learning and physical impairments, and other people of all ages from 8 to 80.

The finished pieces have been installed in a series of dingy railway arches in Centaur Street, Virgil Street and – most recently – Carlisle Lane.

Last year Southbank Mosaics director David Toothil published a book – Mosaic Artisans – which chronicles some of the social enterprise's projects and acts as a manifesto for the transformation of the public realm through community-produced art.

As Toothill writes: "Mosaic is a metaphor for London, all the peoples, tribes, communities, creeds, colours, cultures, faiths and freedoms coming together to make a brilliant whole."

• Southbank Mosaics offers a range of courses which help to fund the organisation's work.

• You can vote for Blake's Lambeth at www.nationallotteryawards.org.uk/awards/arts