Metro Central Heights made a listed building by culture minister 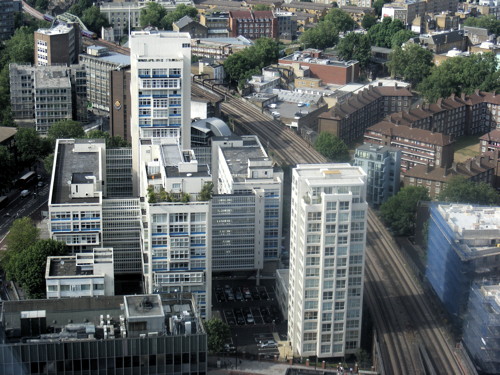 The office development designed by Erno Goldfinger was built between 1959 and 1967 as Alexander Fleming House.

For many years it was occupied by the Department of Health and Social Security.

In 2002 it was converted into flats and renamed Metro Central Heights.

Now it has been added to the statutory list of buildings of special architectural or historic interest.

"Goldfinger considered this to be his most significant work," said Ed Vaizey MP.

"Acclaimed when it was first built, it subsequently divided opinion but has now – 25 years after first being put forward for listing – clearly passed the test of time. I am pleased now to be able to give it the recognition it deserves."

"An accomplished building, it has proved highly influential for designs which followed. We are pleased that the heritage minister agrees with our advice and has listed it at grade II."

Goldfinger also designed the adjacent Odeon cinema which was demolished in 1988. A plaque recording the cinema history of the site was unveiled by Denis Norden in 2008.