Plans to install two classrooms in prefabricated temporary buildings at Charles Dickens Primary School have been approved by a Southwark planning sub-committee. 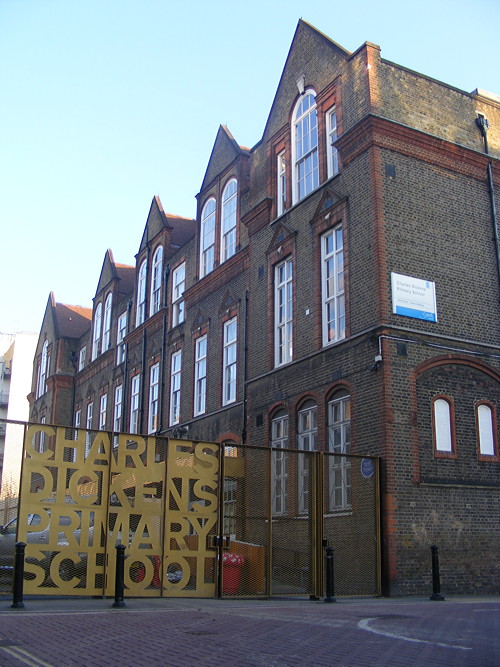 The prefabricated building will be installed to the north of the school site, close to the former line of Lant Street which – in a controversial move – was closed to pedestrians and traffic to create more outdoor space for pupils.

Last December councillors approved plans for the landscaping of the former section of highway and adjacent areas despite strong objections from neighbouring residents who wanted to see pedestrian access between the two ends of Lant Street restored.

The school took an extra 15 reception pupils in addition to the usual intake of 30 last September and will again admit a total of 45 pupils this coming autumn.

Merril Haeusler, Southwark's director of education, told councillors that the planning application "responds to the growth in need for primary places in the north of the borough".

She added: "I'm sure we are all aware that Southwark ... has a pressing need to expand its current provision and we are doing that in a number of ways.

"Charles Dickens is an outstanding school always with a long waiting list for reception applicants.

"What we are looking to do is to develop the school over time from one and a half forms of entry to two-form entry.

"We'd like to look at how we expand [the school] in a sensible way."

Chair of governors Claire Maugham said: "On balance, this is a very good use of the space".

Neighbouring resident Will Jagger addressed the committee to object to the scheme which he fears will reduce daylight and sunlight to his home, but he praised the school's new headteacher Cassie Buchanan for opening a constructive dialogue with local residents.

Cathedrals ward councillor David Noakes said that he and his colleagues welcomed the success of the school but did not believe that the school and the council had consulted widely enough on the proposed new building.