For the third time in less than five years, Bermondsey & Old Southwark voters have chosen Labour's Neil Coyle to represent them at Westminster. 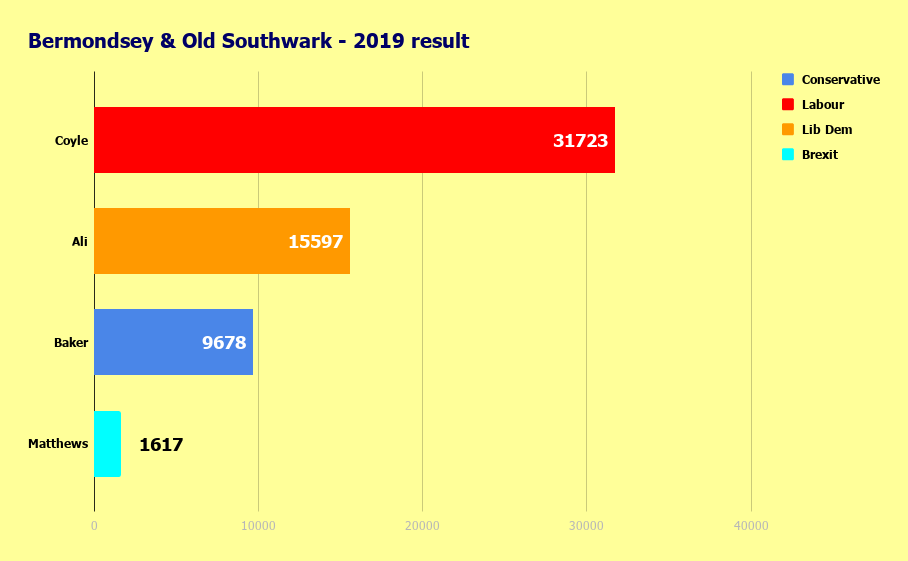 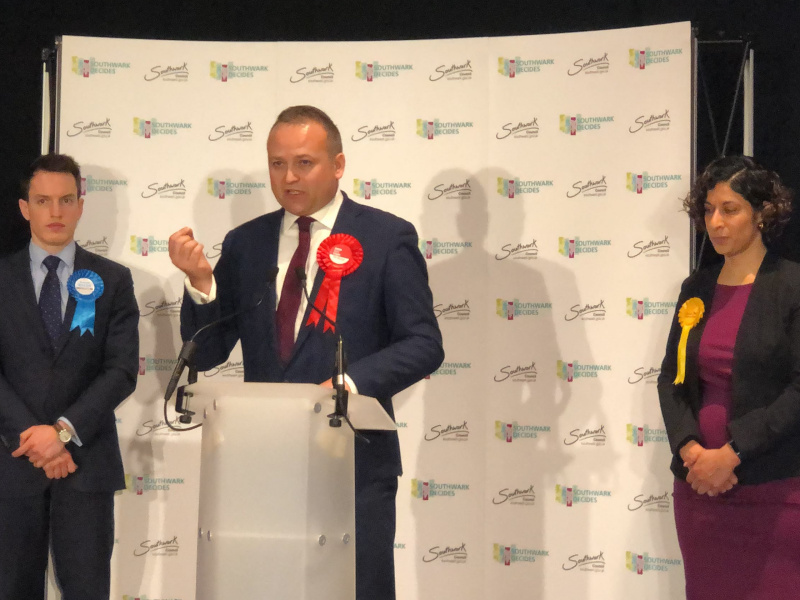 On a bad night for Labour nationally, Coyle has managed a modest boost to his majority over the Lib Dems which now stands at just over 16,000.

Coyle has been one of Jeremy Corbyn's most outspoken critics in the Parliamentary Labour Party, despite being one of those who nominated the Islington North MP for the leadership in 2015.

But the failure of the national Lib Dem campaign to gain traction meant that as polling day approached, the latest odds favoured a Labour hold.

This election's field of candidates was the smallest in recent years, with only Labour, the Lib Dems, Conservatives and Brexit Party contesting the Bermondsey seat.

The Green Party didn't put up a candidate as part of a pact with the Lib Dems.