Westminster: SE1 skyscrapers will be ‘irreparable scar’ on London

Westminster Council has accused Boris Johnson and Lambeth Council of "repeating the mistakes of the 1960s" by supporting high-rise development on the South Bank and elsewhere in the capital. 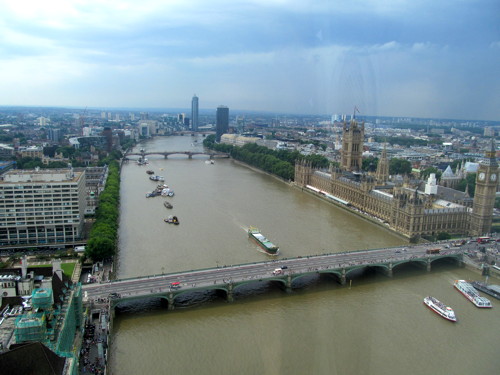 The harsh criticism of the Mayor of London by his own Conservative colleagues comes in a letter from Westminster City Council's deputy leader Robert Davis to Lambeth Council cabinet member Cllr Pete Robbins.

Cllr Davis was careful to direct his criticism at the Greater London Authority rather than the Mayor but it is Mr Johnson who holds all executive authority at City Hall and is ultimately responsible for planning policy.

The senior Westminster councillor was responding to Lambeth's claim that Westminster is squandering taxpayers' money by mounting legal challenges to the proposed redevelopment of Elizabeth House next to Waterloo Station.

Westminster City Council – along with English Heritage – contends that the proposed 29-storey tower in Waterloo will blight the Westminster World Heritage Site because it will appear in views from Parliament Square.

"The Palace of Westminster and Westminster Abbey World Heritage Site is of the highest significance, one of the UK's most treasured assets, and a key reason for visits to central London," wrote Cllr Davis.

"Unfortunately, the approval of the latest scheme for redevelopment of Elizabeth House illustrates that Lambeth, and the Greater London Authority, are not prepared to take seriously their responsibilities for the protection of the heritage of London.

"The proposed building is ill-conceived, overly large, and of modest architectural quality. I am far from alone in holding this opinion. It will have a significantly detrimental impact on the settings of both the World Heritage Site and important listed buildings on the South Bank."

Cllr Davis also pointed out that his council's concerns are shared by Unesco, the United Nations body responsible for world heritage sites, and that "... there is now a strong likelihood that the Westminster World Heritage Site will be placed on the World Heritage 'In Danger' list, a move which will damage the reputation of the UK abroad, with implications for tourism and the economy".

Cllr Davis concluded his letter by saying: "The skyline of London is changing dramatically, and in places not for the better. The GLA and boroughs such as yours are repeating the mistakes of the 1960s, but now on a much greater scale, allowing development which will scar the character of London irreparably.

"I think it highly likely that future generations will look back on this period and regard it as one where rationality and sensitivity by decision makers were completely missing."