The Lloyds TSB bank at the Shell Centre in York Road has closed. 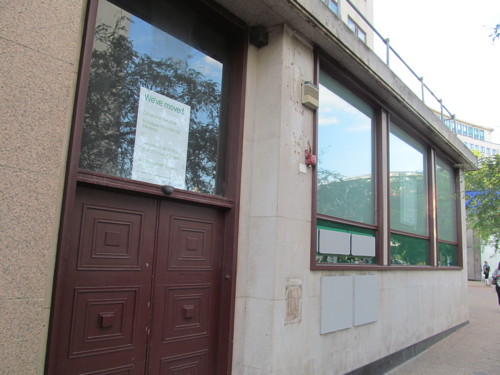 The branch had been earmarked for disposal to the Co-operative Bank under the now-abandoned deal.

With demolition of the Shell Centre due to start before the end of the year, the branch has now closed.

Notices outside the bank direct Lloyds customers to the branch across the river on the Strand, whilst customers of the new TSB bank are told to go to Ludgate Hill.

When the new TSB Bank launches next month, the Lloyds TSB branch at Elephant & Castle Shopping Centre will become part of the new entity whilst the bank in Borough High Street will become the only Lloyds branch in SE1.

The closure of the Lloyds TSB branch in York Road – together with the closure earlier this year of NatWest's branch at St Thomas' Hospital – means that the NatWest in Westminster Bridge Road is now the only retail bank in the whole of Bishop's ward which covers the South Bank and Waterloo.