Archbishop's Park has been described as "a real hidden gem in the heart of central London" by a senior local politician. 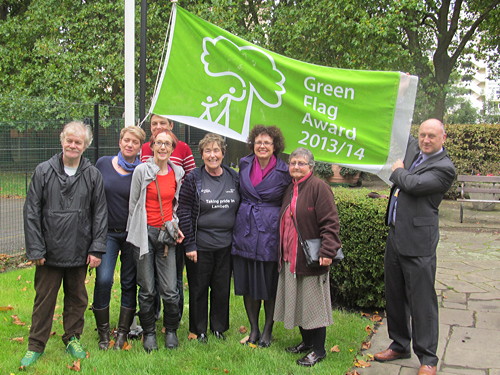 Cllr Sally Prentice with Lambeth and Veolia staff, members of the Friends group and local volunteers 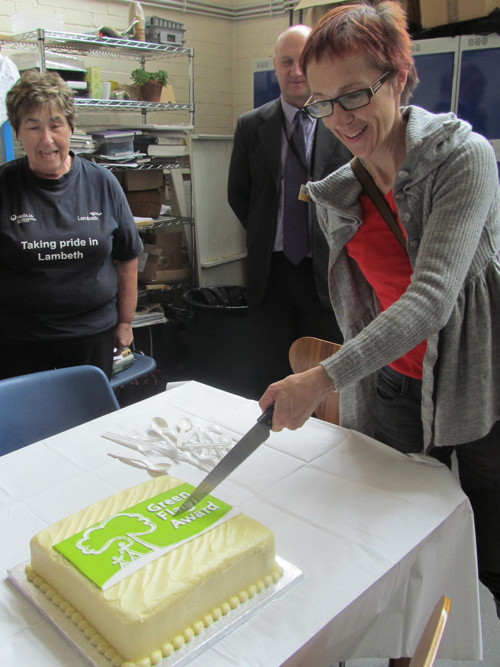 Helen Lees, chair of the Friends of Archbishop's Park, cuts a celebratory cake

Staff and volunteers gathered in Archbishop's Park on Friday to watch Cllr Sally Prentice, Lambeth's cabinet member for culture and leisure, raise the new green flag earned by the park.

"I'd particularly like to thank Helen [Lees] and all the friends, members of the gardening club, staff from Lambeth and from Veolia," said Cllr Prentice.

She added: "I think you've done a wonderful job providing super facilities for people who want to play sport, for children of different ages and also quiet space for people who just want to relax and enjoy being outside in the sunshine.

"It's a real hidden gem in the heart of central London. Well done and I wish you every success for the coming year."

The national scheme recognises excellence in parks and open spaces. Participating green spaces are judged against a range of criteria including quality of maintenance and community involvement.