Bermondsey & Old Southwark MP Simon Hughes apologised to the House of Commons last week after an investigation by the Parliamentary Commissioner for Standards. 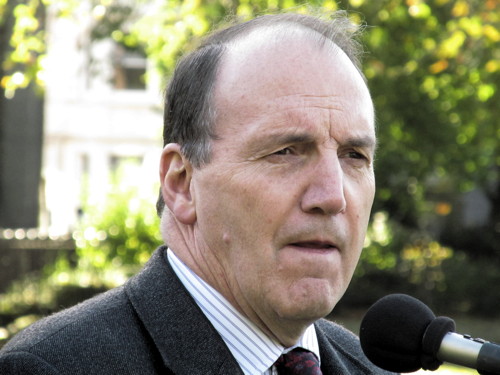 The investigation by the commissioner and subsequent report by the standards committee were triggered by a complaint made last year by Cllr Peter John, Labour leader of Southwark Council.

The investigation looked at the handling of donations of Ł5,000 made by two companies – Southwark Metals and Westminster Waste – as well as sponsorship of Mr Hughes' Christmas cards by the City Cruises company.

The Liberal Democrat MP had had dealings with Southwark Metals and Westminster Waste in connection with the proposed development of a high-rise building and new accommodation for the Southwark Free School in Rotherhithe New Road.

The standards committee said it was "concerned that a member of Mr Hughes’s seniority and experience should have failed to observe the code of conduct over such a long period and failed to seek advice from the registrar".

"From the beginning I believed that I had not breached the lobbying rules and I am grateful and relieved that the commissioner and the committee have rejected these complaints," Mr Hughes told the Commons last Thursday.

"The committee has found that there was no attempt to conceal any donations, which were all reported to the Electoral Commission and therefore in the public domain, but that I failed to register in the register of members' financial interests, some donations to my local party, that I failed to make declarations in debate and in connection with one meeting in relation to two of these donations, and that I registered two donations late.

"I have of course admitted my mistakes and apologised from the outset to the commissioner and to the committee. Although the commissioner found that none of these breaches of the rules was intentional, I accept entirely the committee's finding that I was not as attentive to these matters or as careful as I should have been, and therefore in these ways failed properly to observe the code of conduct, and that I did not sufficiently seek advice from the registrar. I will immediately register the outstanding interests as the committee recommends.

"I take full responsibility for these failures and I apologise unreservedly to the House."

Labour's Cllr Peter John, leader of Southwark Council, said: "This damning report shows that Hughes accepts he was meeting company directors and then asking them for money to pay for interns in his office. At the same time he was setting up meetings with the council. That's not in the best interests of people in Southwark, that's about the best interests of the Lib Dems.

"The committee found Hughes guilty of failing to declare over Ł30,000 of donations from companies and then speaking about them in Parliament. This is not just embarrassing for him, it more importantly falls well short of the standards people in Southwark would expect from their MP.

"One breach on its own could have been easily dealt with, but months of investigation were needed because of the number of breaches, the large value of the donations and allegations of paid advocacy.

"I referred this to the parliamentary commissioner on standards to shine a light on what Simon Hughes is up to and welcome the decision that he has breached the rules and has to apologise to the House of Commons."

• Read the committee's report in full