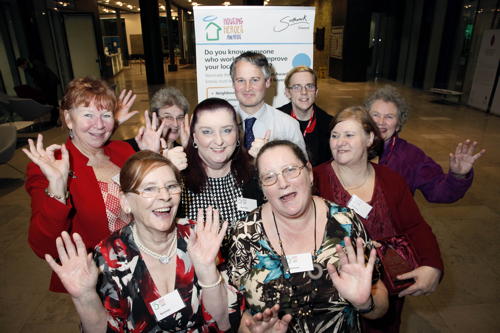 Winners of the Housing Heroes awards 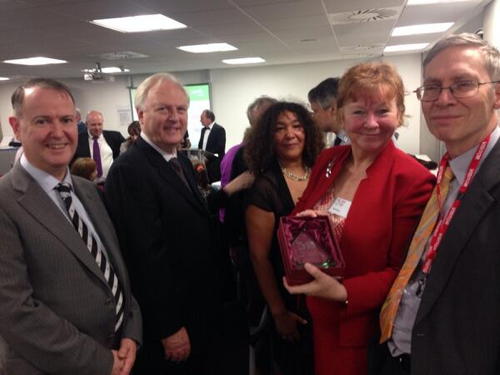 Last autumn the council launched the competition to find people and groups who have dedicated their lives to helping others on its housing estates and in its communities and received 92 nominations from around the borough.

Cllr Ian Wingfield, cabinet member for housing management, said: "This shows the breadth of appreciation that our residents have for each other, the power of friendship and loyalty to their neighbours and I am moved to hear so many positive stories of those going out of their way to support fellow residents.

"Everyone deserves to be appreciated and I'm really proud of all those who were nominated and the people who put their names forward.

"The winners are exceptional people and organisations and I want to thank all of them for their tireless dedication to improving housing and to each other."

Bankside Open Spaces Trust won the 'best community initiative' award for its work with the Webber and Quentin Tenants' and Residents' Association.

BOST has has been helping the TRA since 2011 with food-growing projects on two housing estates near Waterloo.

Six raised beds for vegetable growing have been created as well as a variety of fruit bushes.

The project has brought neighbours together, created a talking point for passers-by and enabled residents to enjoy locally-grown organic fruit, vegetables and herbs throughout the year.

The 'good landlord' trophy was awarded to the United St Saviour's Charity in recognition of its work at Hopton's Almshouses.

Leslie Gay, a Hopton's resident, said "The award is richly deserved. St Saviour's has substantially modernised Hopton's since taking over the management in 2011.

"They also ended the discrimination against women, elected a resident to its housing committee, improved the terms of fellow residents and staged a series of fun social events."

Ann Clayton, chair of the charity's housing committee, said: "Our improvements resulted in a 94 per cent satisfaction rating among Hopton's residents. We are delighted that Hopton's is a now an almshouse fit for the 21st century."