Richard Heaton has been elected as chair of the United St Saviour's Charity, one of Southwark's oldest grant-giving bodies. 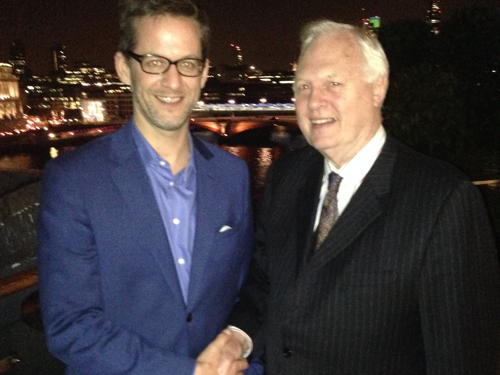 A trustee of the charity for two years, Richard has lived in north Southwark for a decade and is a senior civil servant, currently holding the post of permanent secretary at the Cabinet Office.

He succeeds Philip Sturrock as chair of the charity.

"Under Philip's leadership St Saviour's has made a huge and enduring contribution to lives and communities in Southwark," said Richard Heaton.

"During an intensely difficult economic climate, St Saviour's has increased its grant giving to local organisations twelvefold: from Ł50,000 a year to Ł600,000 a year.

"St Saviour's has become the corporate trustee of the historic Hopton's Almshouses near Tate Modern.

"St Saviour's, and its trustees and staff, are passionate about Southwark. We want to provide more, and better, housing for older people here in the borough.

"And we want to invest imaginatively in local communities, so that the help we are fortunate to be able to give changes lives and addresses real needs."

Cllr Tim McNally is the new vice-chair of the charity. He paid tribute to his predecessor Ann Clayton (who continues as a trustee): "Ann has moved our almshouses into the 21st century.

"She has increased the rights of residents, added two elected almshouse residents to our housing committee, ended the outdated discrimination against women at Hopton's Almshouses, created a programme of social activities for residents and invested hundreds of thousands of pounds in modernising the almshouses to benefit the residents.

"It is a tribute to her work that the United St Saviour's Charity won the council's inaugural Housing Heroes award as Southwark's Landlord of the Year."

Labour peer Lord Kennedy of Southwark – a former borough councillor – has also joined the trustees. He said: "I was delighted to speak in the House of Lords to support the residents of Hopton's almshouses in their fight to get St Saviour's as their corporate trustee, rather than some far away organisation in Ealing.

"I look forward to serving the borough where I was raised as a trustee of the United St Saviour's Charity."