A community centre just yards from Waterloo Station has been named as one of the recipients of this year's Queen's Award for Voluntary Service. 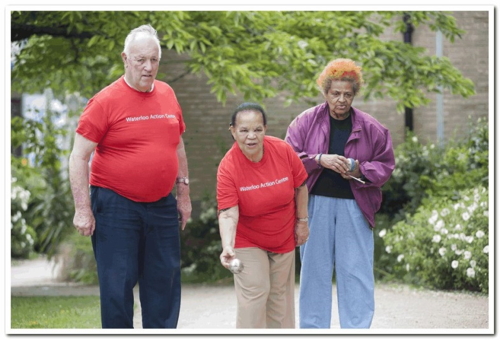 Waterloo Action Centre this year celebrates its 40th anniversary as a vital community resource based in the former public library in Baylis Road.

The building has been restored and extended over the years and now attracts more than 20,000 visits a year.

Activities at WAC include a daytime advice service in five languages, a weekly legal advice service run by a team of volunteer lawyers, activities by and for older people four days a week, weekend and after work leisure/learning including sword fencing, rock and roll, and creative arts.

There are offices for the Bangladeshi Community Group, Great Lakes African Women's Network and Waterloo Community Development Group, as well as a community office for local volunteers.

On Sundays nine different churches hold services, which are then followed by Latin American music and dance.

Kate Hoey MP said: "Waterloo Action Centre plays an important part in the lives of many of my constituents.

"I greatly welcome this recognition of the efforts of all those involved. The range and diversity of those who contribute is a crucial element in WAC's success."

The award was created in 2002 to mark the Queen's Golden Jubilee. It has an equivalent status to the MBE for individuals.

"Groups and organisations like those honoured today are the key to inspiring the country to get involved in volunteering and make a difference in their community," said Nick Hurd MP, minister for civil society.

"I would like to congratulate all 111 organisations that have received this year's Queen's Award for Voluntary Service and I encourage others to participate and support groups like these in their local area."

With more than 15 million Britons now volunteering at least once a month, this year's winners of the Queen's Award for Voluntary Service have faced some tough competition.

Former newsreader Martyn Lewis chairs the award committee: "By being honoured in this way they have become the latest champions of a great movement whose members play a crucial role in identifying and tackling a whole range of grass roots problems in communities across our country.

"They represent the very best of democracy in action."

The award winners receive a certificate signed by The Queen and a commemorative crystal. The winners will also have the opportunity to send representatives to a Buckingham Palace garden party.

Other recipients of the award this year include CoolTan Arts, the Walworth-based creative arts and mental health charity.