Cameron and Clegg at Walworth Academy for Girl Summit

Prime minister David Cameron was among the speakers at an international conference on female genital mutilation and forced marriage held at Walworth Academy just off Old Kent Road on Tuesday. 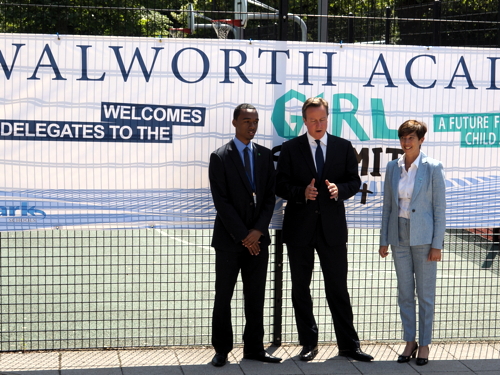 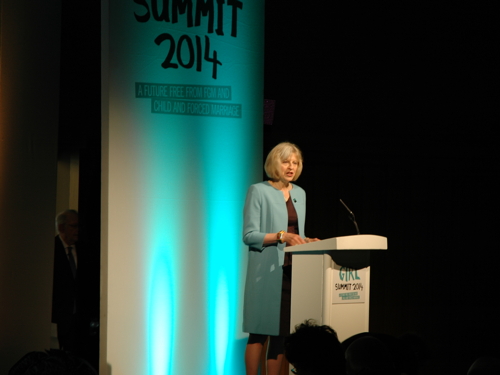 Walworth Academy hosted the UK Government and UNICEF's first ever Girl Summit intended to highlight the commitment to ending female genital mutilation (FGM) and child, early and forced marriage (CEFM) within a generation.

The line-up featured education activist Malala Yousafzai along with FGM campaigners, NGOs and activists from the developing world.

Princess Mabel of the Netherlands was among the VIP speakers.

Walworth Academy principal Yvonne Powell told the summit: "We are all the leaders of young people and we should always aim to model the right behaviours.

"Our behaviours and actions will create tomorrow's behaviour; behaviour is not born but it is learned.

"The challenge in removing FGM and forced marriage is to work with others to help them modify such behaviours and customs."

Simon Hughes MP said: "It is so encouraging to see so many people from across the world in Walworth today to join together against female genital mutilation, child marriage and forced marriage.

"These practices do not just affect women and girls overseas, they have a very real impact here in Walworth, Bermondsey and Old Southwark, and the rest of London and the UK.

"That is why I am 100 per cent behind my Liberal Democrat ministerial colleagues Nick Clegg, Lynne Featherstone and Norman Baker who have led Liberal Democrat efforts within government to help bring these issues to people's attention.

"It is shocking to think that there are 103,000 women aged between 15 and 49 in England and Wales who are living with the consequences of female genital mutilation. I am proud that as a government we are taking a stand, and incredibly proud that so many people are gathering in East Walworth in my constituency to do so."