Unilever man joins board of Guy’s and St Thomas' hospitals

Steve Weiner has been appointed to serve as a non-executive director on the Board of Guy's and St Thomas' NHS Foundation Trust. 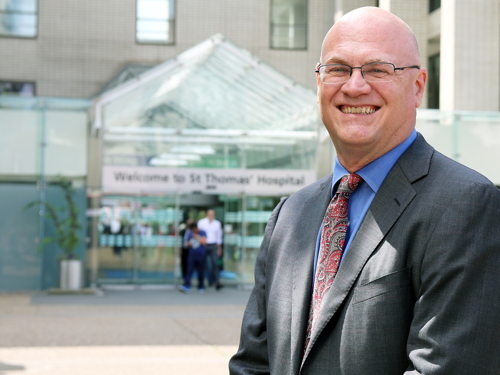 His appointment was approved at last week's meeting of the trust's council of governors which includes elected representatives of patients, members of the public and staff.

Steve, who is originally from the USA, said: "I look forward to applying the skills, experiences, and values I have learned at Unilever in such an excellent NHS trust and team."

Sir Hugh Taylor, chairman of Guy's and St Thomas', said: "I am delighted that we have been able to attract such an outstanding individual as non-executive director.

"Steve brings a wealth of talent and experience from the commercial sector to the Board which will be invaluable as we face the major challenges which lie ahead for the NHS."

Steve Weiner replaces David Dean as a non-executive director after he left the trust to take up a new role with the healthcare regulator Monitor.