The Roman Catholic Church of the Most Precious Blood in Borough has been given listed status by the Government as a building of special architectural interest. 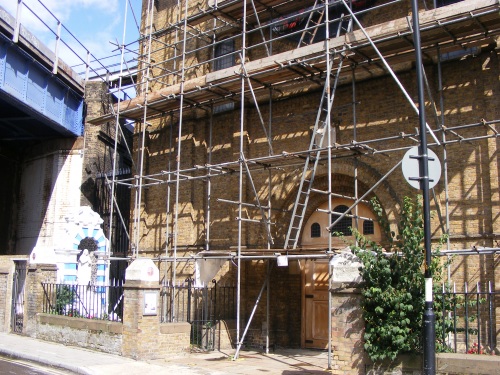 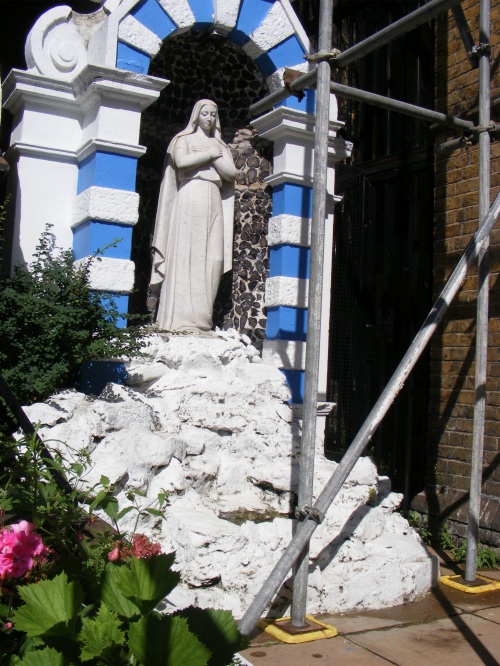 The Marian shrine outside the church 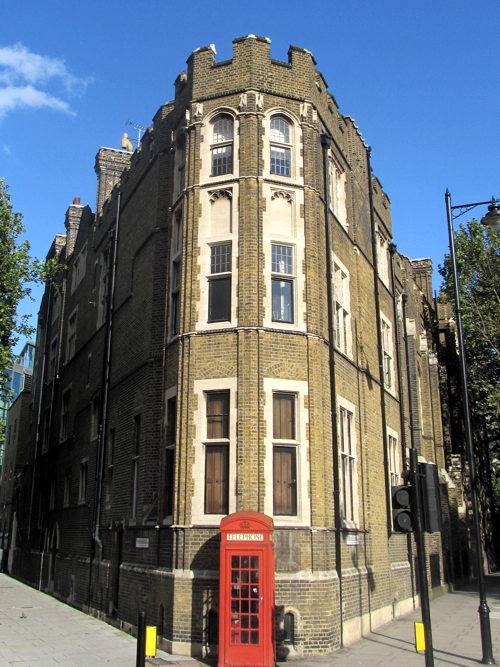 The Archbishop of Southwark's residence in St George's Road, designed by FA Walters, has also been listed this year

The decision by the Department for Culture, Media and Sport was announced to the congregation on Sunday morning.

The grade II designation includes the rectory in Redcross Way and the grotto seen in front of the church in O'Meara Street.

The Church of the Most Precious Blood was designed in neo-Romanesque style by Buckfast Abbey architect F A Walters and built in 1891-2 on land bought from the Church of England. At the time the railway line did not run so close.

The architect described the church as "an extremely simple style of Romanesque or Norman, somewhat like the earlier portions of the Abbey of St Albans".

The giant painted wooden baldacchino over the stone high altar is modelled on those found in San Lorenzo fuori le Mura and San Giorgio in Velabro in Rome. It is thought that Walters' version had been intended for St Peter & St Paul Church in Mitcham which had opened in 1889.

The Precious Blood listing takes into account that the church seen today was "was produced to a modest budget" of £7,000.

The interior was originally covered in painted stencils but this decoration was painted over during the late 20th century.

The adjoining rectory at the east end, also by F A Walters, is in Arts and Crafts style.

Six years earlier Frederick Walters had designed Archbishop's House and the clergy house for St George's Cathedral, on the corner of St George's Road and Westminster Bridge Road, where he incorporated Augustus Pugin's clergy house. This was also given listed status earlier this year.

The shrine of Our Lady, the grotto in front of the church, although included in the listing is not by Walters. It was added by Mgr Anthony Reynolds who was the well-known and much loved parish priest from 1955 to 1981. For many years the tiny well-cared garden at its base provided one of the few green spaces in Bankside.

The Church of the Most Precious Blood, formerly served by Salvatorian priests, was last year placed in the care of the Personal Ordinariate of Our Lady of Walsingham. Its parish priest, Fr Christopher Pearson, is a former vicar of an Anglican church in Kennington.