The site of Cross Bones Graveyard is to become a temporary garden under plans agreed by Transport for London and Bankside Open Spaces Trust. 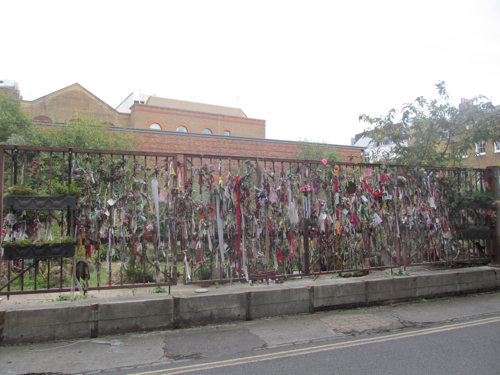 Th gates in their new position 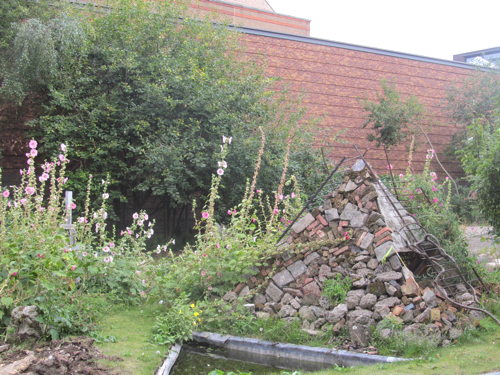 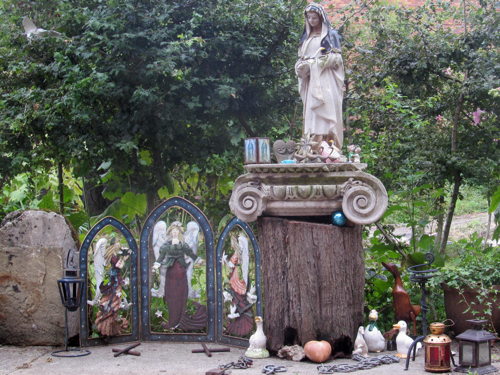 Transport for London and its predecessors have owned the land between Southwark Street, Redcross Way and Union Street since it was used for the construction of the Jubilee line extension in the 1990s.

Part of the site was occupied by the Cross Bones Graveyard, a post-medieval unconsecrated burial ground that remained in use until 1853. Thousands of people – especially those on the margins of society including prostitutes from Bankside's brothels – are thought to be buried there.

The Cross Bones story has been championed by local writer John Constable and the gates at the entrance to the site on Redcross Way have become a focus for remembrance of those buried at the site.

TfL has long planned to sell the whole site to developers but the burial ground itself is likely to become an open space as part of any long-term redevelopment.

In the meantime TfL is to lease the burial ground to Bankside Open Spaces Trust for the next three years.

A planning application has been submitted to Southwark Council (14/AP/2757) for change of use of the land.

Last week the memorial gates were relocated to a new site further south along Redcross Way, to the surprise of many local residents and workers.

In a statement published on the BOST website, Transport for London said: "To provide BOST with a secure site we will need to undertake some work to the boundary of the site, including installing a more secure hoarding boundary between the burial ground and the rest of the site currently being used as a car park, repairs to the wall on Union Street and moving the memorial gates from their current location to a more secure position bounding the actual burial ground further along Redcross Way, approximately opposite the rear entrance to the Church of the Most Precious Blood.

"We recognise that this change of location of the memorial gates will be of concern to a number of people. However, the current location of the gates are outside the burial ground area that has been identified by archaeological work undertaken by the Museum of London Archaeological Service.

"By moving them at this point, it will protect them in the longer term and in the meantime provide a viewing point into the temporary garden. We have asked our contractors to undertake the relocation of the gates in the most careful and respectful manner possible."