The ceremony of 'Beating the Bounds' of the Southwark Cathedral parish on Sunday afternoon had a VE Day theme. 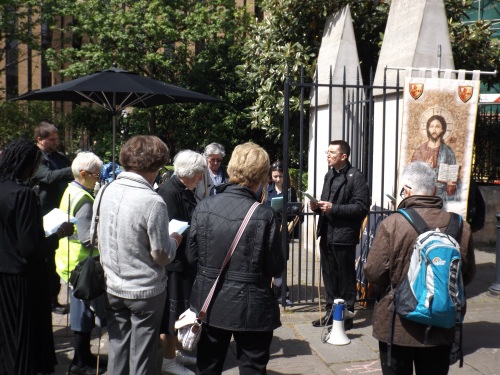 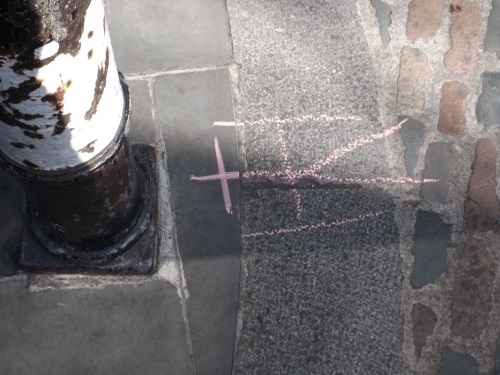 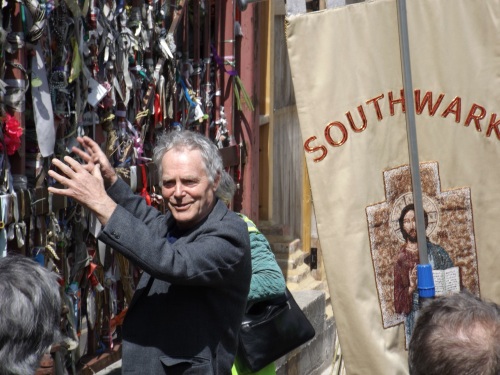 Rogation Sunday, when parish and village boundaries are by ancient custom retraced on foot, coincided with the 70th anniversary of the end of the Second World War in Europe.

During the clockwise walk, around the edge of the parish, marks drawn on the ground were renewed and beaten by tradition with sticks before prayers were said.

The stops included Battlebridge Lane, with a view of HMS Belfast, Guy's Hospital war memorial arch and the headquarters of the London Fire & Emergency Planning Authority in Union Street.

Cathedral warden Matthew Hall recalled hearing his grandfather's account of being on fire duty at the cathedral and seeing a 'wall of fire' as far as the Elephant & Castle.

Another person remembered as a very small child being in the cathedral during the war for a funeral. His lasting memory of a dark building may be due to the windows having been boarded up following intense bombing.

Visits were made to Cross Bones Graveyard and All Hallows Garden.

The beating the bounds party, led by canon pastor Michael Rawson, returned to the cathedral for a service of Choral Evensong commemorating VE Day.

Among those present at the service were the Mayor of Southwark Cllr Sunil Chopra, mayors from other boroughs in the Southwark Diocese and the Lord Lieutenant of Greater London Sir David Brewer.

Beating the Bounds was according to records already a well established Southwark tradition in 1536. The custom was revived in 2004 and after a gap of a decade has now again become an annual event.

• Members of St John's Waterloo will be 'beating the bounds' of their parish on Pentecost Sunday 24 May.