The former Eurostar platforms at Waterloo Station will be fully returned to public use by domestic commuter trains in 2017 - ten years after the last cross-channel train left the terminal - the Government said this week. 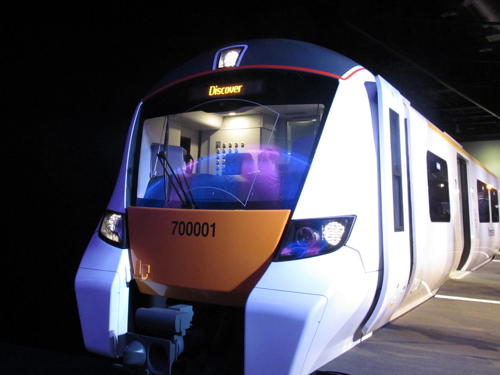 "I am very aware of how crowded South West Trains' suburban services are, particularly in the morning peak," transport minister Claire Perry told Parliament in a written statement this week.

"The result of the department's successful negotiation is 150 new vehicles – Thameslink variants – which will be used on the Windsor lines, leading to an internal cascade which will deliver a full 10 car suburban network, making use of platforms 1 to 4 at Waterloo which Network Rail are extending.

"The Windsor line trains will use the platforms at Waterloo International, which are being brought back into full use in 2017.

"There are a number of additional works along the route and at stations which will deliver benefits for passengers."

The 150 new carriages will be formed into 30 five-car trains. The Siemens Desiro City units will be similar in design to the class 700 trains recently ordered for the north-south Thameslink route.

In a statement, South West Trains said that Waterloo will require "major infrastructure improvements" before the new trains are introduced.

A new deck has recently been built across the former Eurostar concourse at Waterloo to enable passengers to reach platforms 21 to 24 from the domestic concourse.

The Government is yet to make an announcement about the long-term future of the large spaces below the former Eurostar terminal, previously used as departures and arrivals lounges for international passengers.

Papers published this summer by City Hall to accompany the Mayor of London's infrastructure plan for the years up to 2050 contain a reminder that the capacity shortfall by 2031 on south west main line services into Waterloo is likely to be close to 20,000 passengers in the single high peak hour, the equivalent of up to 20 train loads of passengers.