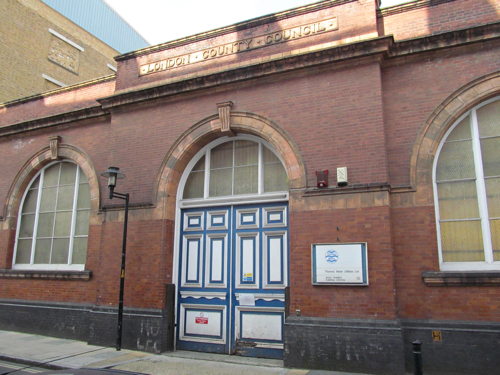 The announcement about the Thames Tideway Tunnel was made just hours before Parliament rose for a month's recess.

The go-ahead for major work at Chambers Wharf, Shad Thames and Blackfriars Bridge is the result of a joint decision made by Communities Secretary Eric Pickles and Environment Secretary Liz Truss.

Southwark Council Leader Peter John immediately condemned the decision to use Chambers Wharf as a drive site when inspectors had deemed it to have "serious deficiencies".

"I challenge Eric Pickles and Liz Truss to come to Southwark to explain their decision to residents near Chambers Wharf," said Cllr John shortly after the decision was announced on Friday morning.

"Education and lives will be destroyed by government's terrible decision to build the 'super sewer' from Chambers Wharf," he said in reference to the nearby Riverside Primary School and housing.

Cllr John says that the decision will be challenged with consideration being given to seeking a Judical Review.

In acknowledging concessions offered he added: ""It is a small comfort to us that through this process Southwark Council has been able to secure a raft of measures to mitigate the impact of the super sewer work such as ensuring no night time barge movements, increased noise protection and securing Ł6m that will go towards enhancements that will benefit the community, schools and environment around Chambers Wharf.

Save Your Riverside action group, set up when Thames Water purchased Chambers Wharf, has also condemned the decision.

"It does the credibility of the major infrastructure planning regime no good in the eyes of the public for proposals that were shown to be flawed in preparation, and then shown to be half-baked when tested at the Examination, to nonetheless be given consent by ministers with minimal regard for the impact on Londoners."

Simon Hughes, MP for Bermondsey & Old Southwark and Justice Minister, said: "I know that my constituents who live, work and go to school along the riverside in Bermondsey will be very disappointed by the details of the planning decision for the construction of Thames Tideway Tunnel.

"Despite positive changes which will benefit Chambers Wharf, the wider community will of course be frustrated that the plans for a drilling site in Bermondsey have not been reconsidered.

“I will of course continue to work with local residents, businesses and others in the community to win maximum environmental protection and minimum disturbance in Bermondsey and the rest of our borough.”

Riverside ward councillor Hamish McCallum speaking for the Liberal Democrats said: “We are outraged by this decision. We are shocked that after planning inspectors had agreed with the Save Your Riverside Group, local councillors and the local MP that the tunnelling direction be reversed, two Conservative Ministers then ignored their recommendation and approved the original plans.”

The government has also given approval for works at Shad Thames Pumping Station which will affect Maguire Street, Gainsford Street and Shad Thames.