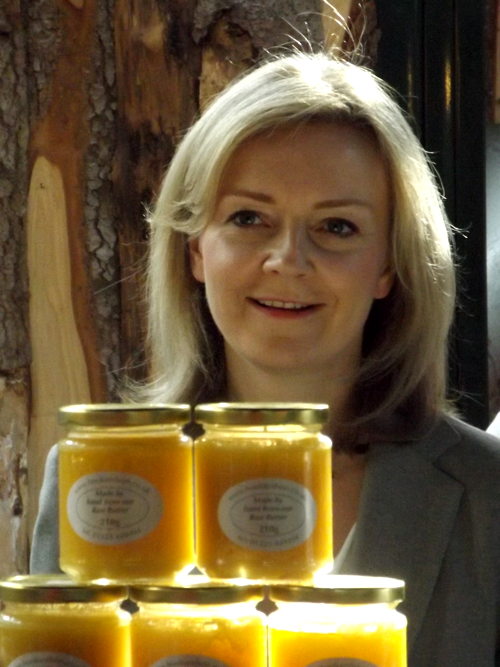 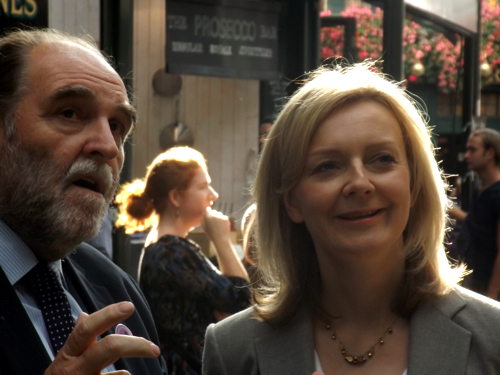 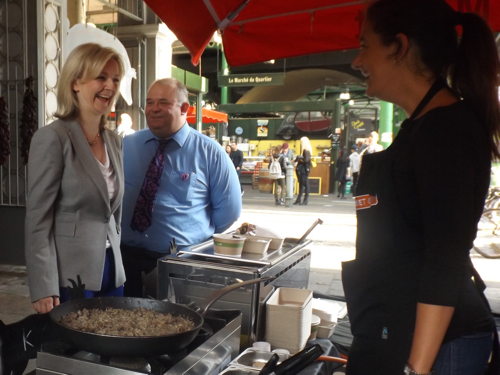 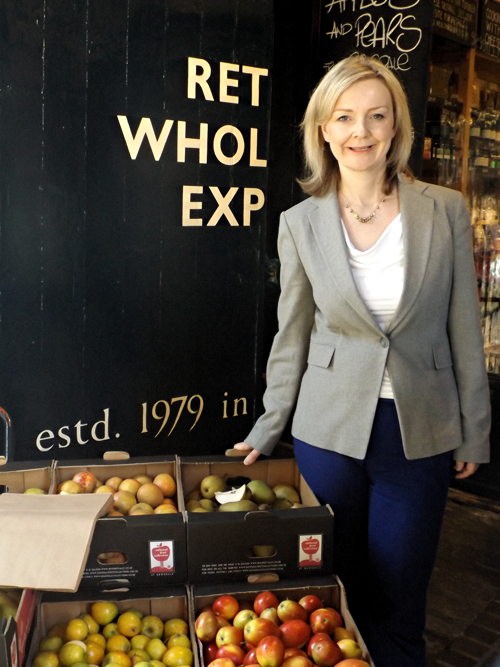 The visit to Borough Market – which focussed on British produce followed Ms Truss's speech at the Conservative Party Conference in Birmingham.

The minister told conference delegates that she is "infatuated with British food" and was "delighted and surprised" to be appointed to DEFRA by David Cameron.

"When it comes to British food and drink, we have never had it so good.

"As well as exporting our fantastic food abroad, I want to see more British food sold in Britain.

"Two-thirds of the apples and nine-tenths of the pears that we eat are imported. And that is a disgrace."

She added that she would not rest "until the British apple is at the very top of the tree".