A memorial to Charlie Chaplin should be incorporated into the design for the proposed new public square at Elephant & Castle, Simon Hughes MP has told Transport for London. 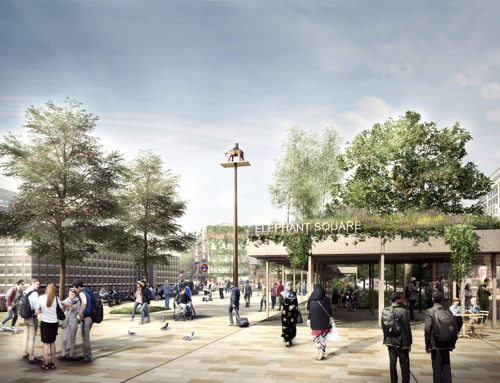 In a letter to TfL commissioner Sir Peter Hendy, Simon Hughes MP has asked for a memorial to entertainer Charlie Chaplin to be considered as part of the proposals.

"One of the visions of this area is to deliver a place which reflects the history of the area and create new reasons to visit.

"I would therefore suggest that the design should include a memorial to Charlie Chaplin, who was born and raised in the Elephant & Castle, Kennington and Walworth areas.

"When Elephant & Castle was known as 'the Piccadilly of the South' the area was full of music halls and entertainment spaces.

"It was in this environment that Charlie Chaplin (one of the world's most famous actors) found his inspiration.

"I have always thought it is more than a shame that the area which was home to Charlie Chaplin does not have a more significant memorial to his life and I feel this would be a good opportunity to rectify that."

He added: "As the plan for Elephant Square includes ample amounts of space there are numerous locations in which such a memorial could go.

"As Charlie Chaplin is most famous for being able to communicate humorously without the need of sound, a suitable location could be in the space outside of the London College of Communication."