The latest plans for the redevelopment of the Elephant & Castle Shopping Centre and the London College of Communication have gone on show. 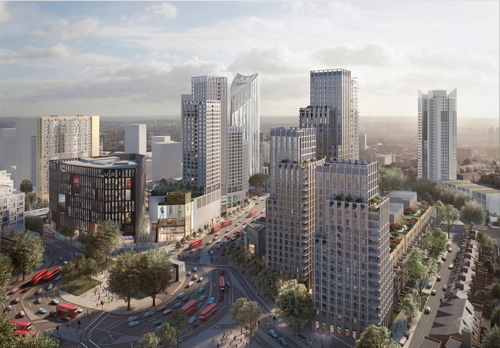 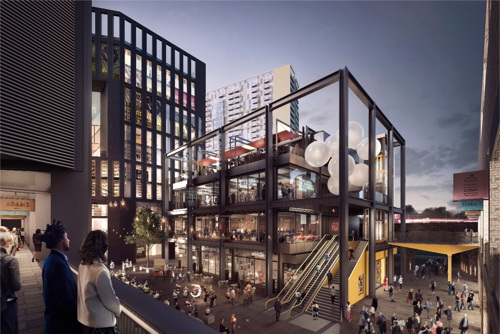 In July last year Delancey revealed its initial proposals for the two key sites at the Elephant & Castle junction.

Now more detailed proposals – drawn up by architects Allies & Morrison – have been exhibited.

Under the plans, the London College of Communication will move to a 12-storey building on New Kent Road (where The Coronet and Charlie Chaplin pub now stand).

The new entrance to the Northern line will be at the base of the new LCC building.

The rest of the current shopping centre site will be redeveloped with blocks of between 20 and 31 storeys.

LCC's current site will be developed with towers ranging from 19 to 31 storeys as well as a series of six-storey blocks fronting Oswin Street.

Around 650 homes are proposed across the two halves of the site.

Most will be rented out by the developers under the Get Living London brand.

Southwark Council has yet to draw up a policy for affordable housing provision in large-scale private rented sector developments such as this.

New elements added to the scheme since the last round of consultation include a 500-seater music venue to be built alongside the Metropolitan Tabernacle.

"Our ambition is to create a new and improved town centre for Elephant & Castle; one which complements, celebrates and builds upon the existing diversity and vibrancy that this key Zone 1 location is already so renowned for," said Jamie Ritblat, speaking on behalf of Delancey, DV4 and APG.

"Alongside our development work, Delancey prides itself on place-making and taking a tailored approach to each individual project, whether it be delivering the legacy of the 2012 Olympic Games through its multi-award winning new neighbourhood 'East Village', or sowing the seeds of a new retail destination in Hackney Wick.

"We are excited and honoured to be able to use the expertise and lessons learnt from such projects to help us deliver a strong, sustainable and cohesive new town centre for Elephant & Castle, and one which brings economic and social benefits for locals and Londoners alike."

• The public exhibition of the development proposals is open on Thursday, Friday and Saturday in the former Little Orient supermarket on the upper level of the Elephant & Castle Shopping Centre.

What do you think of the latest plans?