A limited edition of 100 £2 coins to commemorate role that the Royal Navy played during the First World War have been put into circulation via the souvenir shop at HMS Belfast. 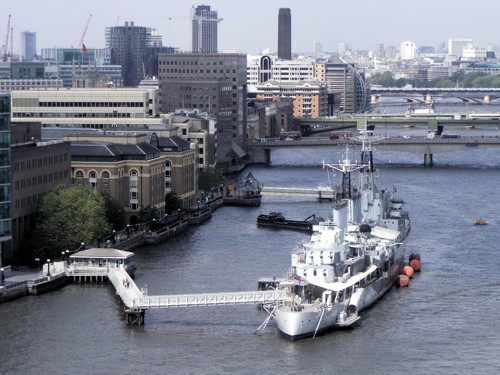 The Royal Mint recently announced that a new Royal Navy Ł2 coin will enter circulation at some stage during 2015, at the same time as the definitive coinage portrait of the Queen will be updated for the first time since 1998.

The Royal Mint has now revealed that while the Royal Navy 2015 Ł2 circulating coins released later this year will feature the new portrait of the Queen, which will be unveiled in March, a very small number has also been struck with the current image of the Queen.

The Royal Mint has issued just 100 special commemorative Royal Navy 2015 Ł2 coins into general circulation through the shop at HMS Belfast, giving a small number of people the rare opportunity to find one in their change.

Visitors to the restored warship are being urged to keep a close eye on their change just in case they receive one of the coins..

The detailed design, by respected military artist David Rowlands, features a Royal Navy battleship and honours the force whose contribution to victory in the First World War deserves to be remembered.

"As an island nation, Britain has been largely dependent on the seas for supplies and communications," said Shane Bissett, director of commemorative coin and medals at the Royal Mint.

"The Royal Navy's command of the oceans during the First World War kept Britain supplied and the front line reinforced until victory finally came, and we wanted to mark the important role that they played during the conflict.

"By the time the bulk of these new coins appear in our change later in the year, they will be among the first UK circulating coins to feature the new portrait of the Queen, but we thought it a fitting tribute the Royal Navy's role in the First World War centenary commemorations to strike this small run of 100 Ł2 coins featuring the current effigy, and release them through the shop at HMS Belfast."