What a racquet! Fees introduced at Tanner Street tennis courts

Southwark Council is to introduce charges of up to £6 an hour to use the tennis courts in Bermondsey's Tanner Street Park. 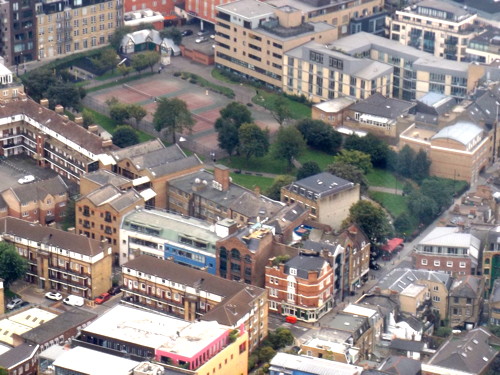 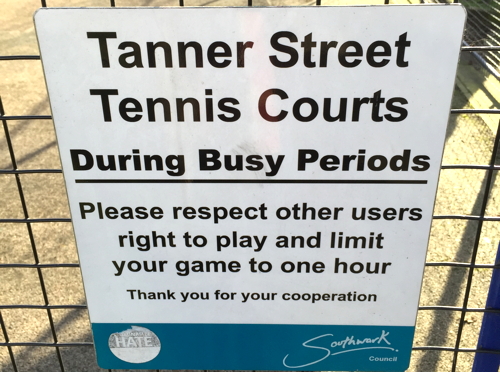 The tennis courts are currently free to use

"The tennis courts at Tanner Street Park are extremely popular but often residents have to queue with no guarantees they'll play a match," said Cllr Hargrove.

"To help resolve this, we're in discussions with the company managing the new cafe about running the courts and the new booking system.

"We envision offering similar prices to those at Burgess Park so people can book in advance and enjoy a match at a time that suits them best.

"The prices will vary during peak and off peak times, and we're introducing special rates for community groups too."

Grange ward Lib Dem councillor Dr Ben Johnson told the London SE1 website: "This is a sad day for tennis in Southwark. A family of four will now have to pay almost Ł17 an hour to play on a court they've enjoyed for free for many years.

"Southwark has one of the highest rates of childhood obesity in the country, but despite Southwark Labour's promise of free gym access, they are actively discouraging sports.

"How are we going to find the next Andy Murray with this misguided policy?

"This park was created by an Act of Parliament under pressure from Bermondsey MP Dr Salter to provide a free play area for local children. This decision by the council betrays his legacy."

What do you think of the decision to introduce charges to use the tennis courts?