The Bishop of Kingston is to investigate a controversial Muslim prayer event held in a Waterloo Anglican church. 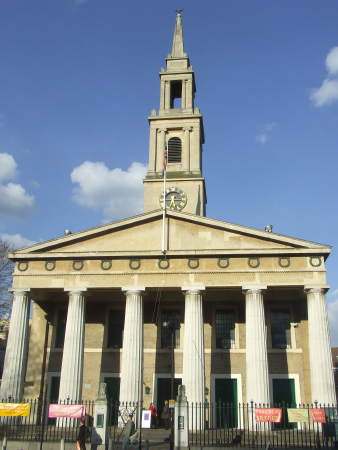 An Islamic Friday prayers event was held at St John's Waterloo on Friday 6 March under the umbrella of the Inclusive Mosque initiative which advocates gender justice and the inclusion of lesbian and gay Muslims in worship.

Canon Giles Goddard, vicar of St John's, is a former chair of Inclusive Church, a similar grouping in the Christian church.

The Friday prayers gathering was led by Dr Amina Wadud and was timed to coincide with the run-up to International Women's Day.

Asked by Christian Today about the decision to host the Islamic event, Canon Goddard said: "It is very much about St John's being a place of welcome.

However, the use of St John's for non-Christian worship has enraged conservative evangelicals in the wider church.

A spokesperson for the Diocese of Southwark said on Friday: "The Bishop of Southwark takes very seriously his responsibility to uphold the teaching of the Church and to work within its framework of legislation and guidance.

"It is quite clear that Islamic prayer should not take place in a consecrated building.

"This is why he has asked the Bishop of Kingston to investigate fully what happened.

"It is inappropriate to seek to make further public comments on this matter until this has happened."

St John's has a long tradition of inter-faith initiatives and providing space and a platform for marginalised groups.