Specially trained police wearing climbing helmets and harnesses were called to Bankside on Tuesday morning to remove Extinction Rebellion activists who set up structures outside Tate Modern as part of their call for faster action to tackle climate change. 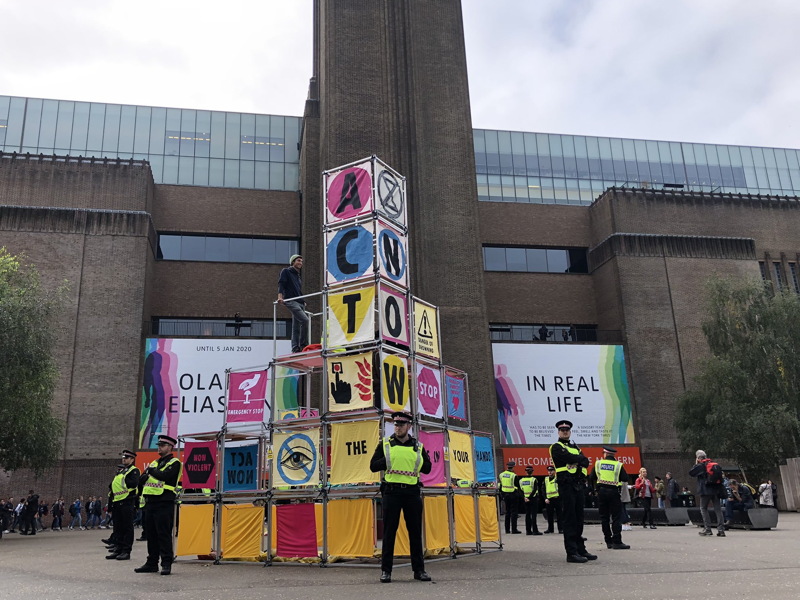 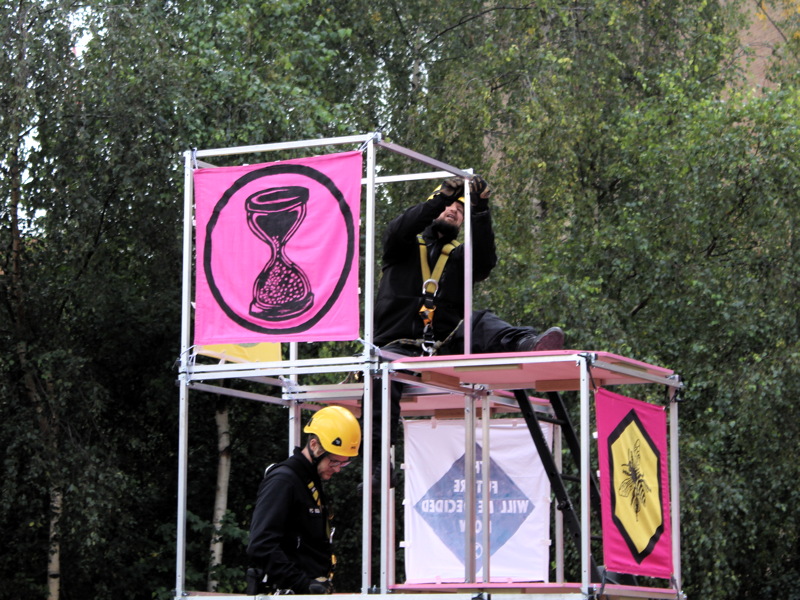 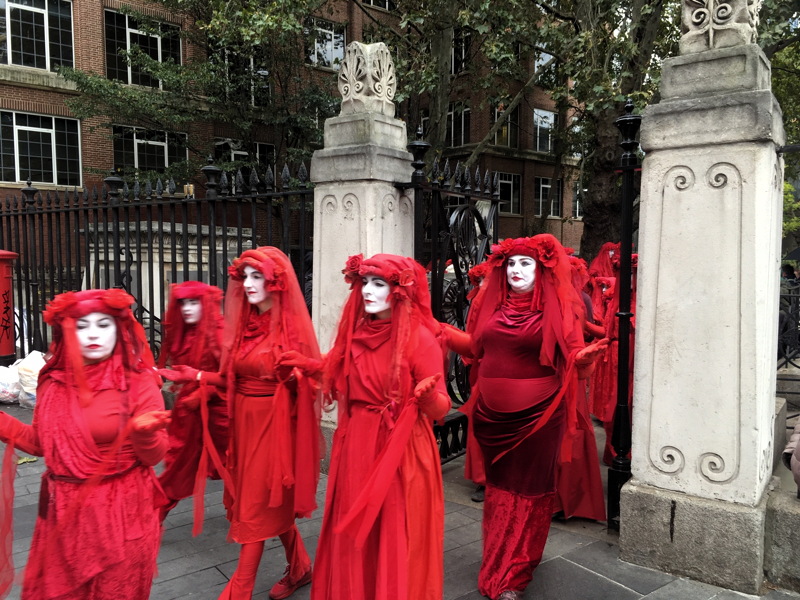 Eight activists linked to the Bristol branch of Extinction Rebellion climbed two metal frames erected on the north side of Tate Modern and remained there until removed by police officers.

At least 16 police vans and cars from the Metropolitan Police, City of London Police and British Transport Police were called to the scene.

Police brought in a cherrypicker to remove activists from the structure.

On Monday night the Met used powers under section 14 of the Public Order Act 1986 to halt the 'Autumn Uprising' organised by Extinction Rebellion, which had been due to continue till Friday.

Meanwhile the crypt of St John's Waterloo has – for the second time this year – been serving as a base for XR activists.

More than 35 XR activists have been bedding down in the crypt during the two-week protest.

"We've been thrilled to offer XR activists a space in the crypt once again," said Canon Giles Goddard, the vicar.

"St John's fully supports the visibility these protestors are giving to the urgent need to address climate change."

"St John's has become our sanctuary," said Ruth from Stroud, as she applied the ghostly white face make-up designed to send the message that species are becoming extinct. "We feel safe here, and looked after. And we're all incredibly grateful."

"I'm a Buddhist," said Luke, who had travelled up from Brighton and was sleeping in the crypt for a week. "But St John's has reaffirmed my faith in our ability to cooperate on a human level, set aside differences and work together. I can feel the inclusiveness and passion in this place."