'New Routemaster' buses will be introduced on route 453 this month - but as with route 148, the vehicle's signature feature - the open platform - will not be used. 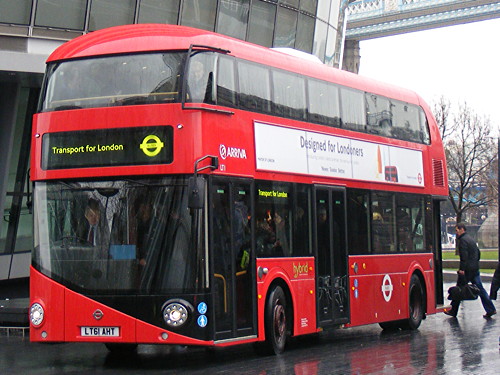 From 18 October there will be phased conversion of the route, which is operated by London General, and runs 24-hours a day between Deptford Broadway and Marylebone station, via Baker Street, Oxford Circus, Trafalgar Square, Westminster, Lambeth North, Elephant & Castle and New Cross Gate.

Transport for London says that the route will be operated entirely with 'New Routemaster' buses by mid November.

During peak hours, 35 buses will be in service to carry the 28,000 people who travel on the route each weekday.

The 'New Routemaster' vehicles – which have three doors and two staircases – were first used south of the river on route 148 in February.

However, there is no second member of staff on board and the buses rear doors remain closed between stops, preventing passengers from boarding or alighting while the bus is stuck in traffic.

In 2008, Liberal Democrat mayoral candidate Brian Paddick called for the 453 route to be replaced by a tram service.