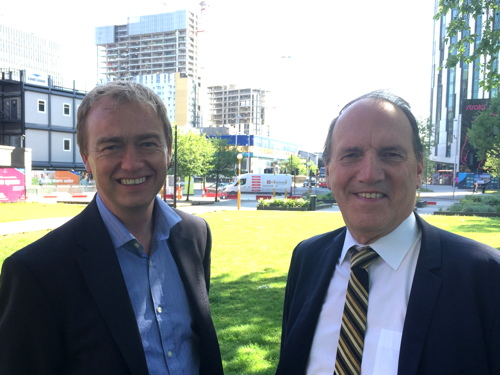 Tim Farron visited Elephant & Castle on Thursday as part of his campaign to win the leadership of his party.

Listen to the audio clip above to hear why Simon Hughes is backing Tim Farron and how the leadership contender thinks that he can rebuild the party's support in places like Southwark.

The Westmorland and Lonsdale MP recently told Buzzfeed that he had spent "most Tuesday nights" since Christmas campaigning for Simon Hughes in Bermondsey & Old Southwark and was moved to tears by his election defeat.

Mr Farron said: "This was a man who did unalloyed good. And he was swept out. And it makes you a little bit angry."