More than 100 walkers took to the streets of London on Friday night to honour the memory of broadcaster Richard Dimbleby and the work of the Dimbleby Cancer Care charity. 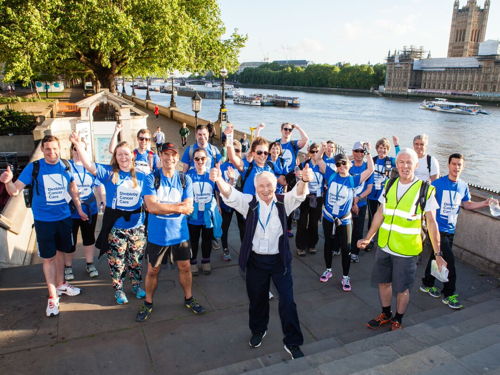 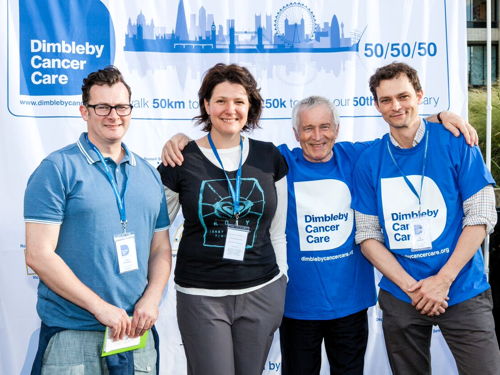 Led by his son, broadcaster Jonathan Dimbleby, walkers from across the UK took part in Dimbleby Cancer Care's 50/50/50 event – a 50km walk through London during the night.

It is 50 years since Richard Dimbleby's death at St Thomas' Hospital.

The walk began at St Thomas' Hospital and ended at Guy's Hospital, linking the two hospitals where Dimbleby Cancer Care provides its services.

Setting off at 8pm on Friday, Jonathan Dimbleby finished the walk at 5.30am on Saturday.

Former Bermondsey MP Simon Hughes was among those who gathered at St Thomas' to wish participants well. A team led by his former campaign director Kyle Taylor was taking part in the walk.

Jonathan Dimbleby will be back in SE1 this Friday evening to host BBC Radio 4's Any Questions? which comes live from St John's Waterloo. In the week of the anniversary of the Battle of Waterloo, the panel will include the Duke of Wellington.

As chair of the charity, Jonathan is leading Dimbleby Cancer Care's 50/50/50 event on Friday 5 June – a 50km walk through London during the night that aims to raise Ł50,000.