David Lammy picks a fight with Southwark Council over skyscrapers

David Lammy - the Tottenham Labour MP who is seeking selection as his party's candidate for Mayor of London - has accused boroughs like Southwark of "rolling over" to developers. 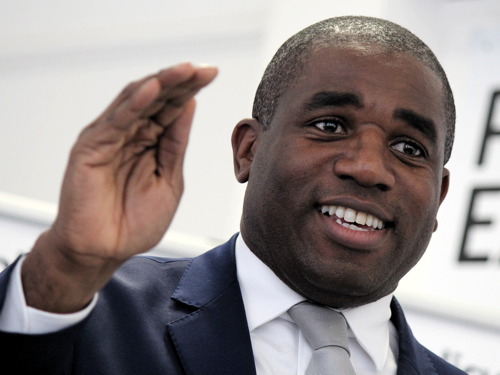 "I'm concerned that we are going to build another generation of tall buildings across London that in 20 or 30 years we will hugely regret," Lammy said last week at hustings organised by the Centre for London think tank.

Mr Lammy was responding to a question posed by a representative of the Skyline Campaign.

"I think this is a particular problem for families but it is also something that cuts against London's heritage and our skyline.

"I'm not against tall buildings – they are appropriate in the right places.

"But there are parts of London – I would take the London Borough of Southwark – where you can can suddenly be juxtaposed between something historic and great – and suddenly the whole area is cut off by a tall building.

"That is something that I want to speak out against.

"We are a Labour panel but there are disagreements here.

"There are Labour local authorities committed to building these tall buildings – and that's because they are stripped of money.

"They are rolling over on viability to developers.

"Actually it is in their interests to build those buildings – not for their own people but for developers and for penthouse suites. I oppose it."

He tweeted: "As builder of most affordable homes I suggest prospective Labour candidates for Mayor come and talk to Southwark before attacking us."

Cllr John later added that he was "venting at Labour candidates for Mayor who think it's OK to criticise Labour councils?!"

"Whose side are you on David?" he asked.

The leader said he was "fed up having to correct people who should know better and apparently want to be Mayor".

It's not the first time Mr Lammy has picked a fight with Southwark. On the eve of the general election he said he was "deeply concerned" about the redevelopment of the Heygate Estate at Elephant & Castle.