Ken Livingstone has told the SE1 website that he would resume planning work on the Cross River Tram if he is returned to City Hall at the May 2012 elections. 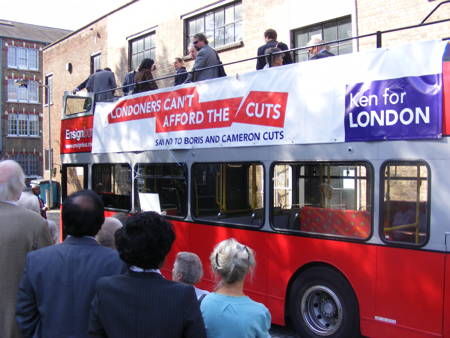 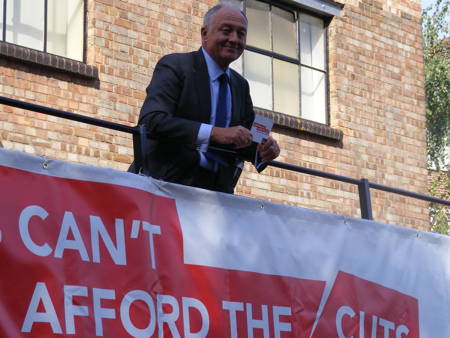 The Cross River Tram, which would link Brixton and Peckham in the south with King's Cross and Camden Town in the north via Elephant & Castle and Waterloo, was axed by Boris Johnson soon after he became Mayor in 2008.

Transport for London had spent millions of pounds working up the tram scheme during but the incoming Tory administration said there was no prospect of funding to build the system and discontinued all preparatory work.

The CRT enjoyed cross-party support from Labour, Liberal Democrat and Green politicians in Southwark and Lambeth.

On Tuesday Mr Livingstone launched his transport manifesto which criticised his successor for dropping the CRT, but didn't mention any plan to resurrect the scheme.

Asked to explain this omission by the London SE1 website, he insisted that he will ensure that plans are in place for large-scale transport projects that can be implemented when economic conditions improve.

"The moment I'm elected Mayor we will set in train the planning for the Croydon Tramlink extension, the Cross River Tram, building the bridge in the Thames Gateway and all those projects that Boris scrapped," he said.

"They should be ready to go when a Labour government comes in that is prepared to allow the Mayor to go ahead and do those.

"The example is the East London Line: the Labour government gave me the freedom to borrow money to build that and when we asked the bond markets for money we were offered four times what we needed.

"Those bond markets are looking for good investment projects so there's no shortage of money out there the thing is to get the schemes ready to go as soon as the Labour government's recognising you've got to invest to get out of this recession."

Mr Livingstone was speaking during a visit to the Beormund Community Centre in Abbey Street intended to highlight the impact of Government and City Hall cuts on Londoners.

The former Mayor arrived at the centre on an open-top bus accompanied by David Lammy MP. He was welcomed to Southwark by council leader Peter John, London Assembly member Val Shawcross and other leading local Labour Party figures.

The visit took place on the day that ballot papers for the Labour Party's contest to select its mayoral candidate were sent to members.

On Tuesday Boris Johnson told reporters in Potters Fields Park that he will "almost certainly" stand as the Conservative mayoral candidate in 2012.