The Unicorn Theatre in Tooley Street is searching for nine-year-olds who will turn 10 on 1 December this year, a decade after the theatre opened. 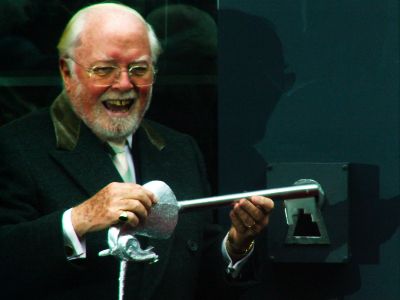 The Unicorn is the UK's first theatre built for, and designed by, children and young people.

The theatre was officially opened by the late Lord Attenborough together with children from Tower Bridge Primary School on 1 December 2005.

The celebration of the tenth anniversary of the opening of the theatre will put young people at its heart: the Unicorn is searching for children who will turn 10 on 1 December to join them for a glitzy children-only event and a special performance of Baddies: the Musical.

"Children's theatre has come a long way in the UK over the last decade," said artistic director Purni Morell.

"So I am hugely proud to have led the Unicorn over the past three years, to have had the chance to programme work I love, and so grateful to Tony Graham and his team who made this remarkable idea a reality.

"Over the past three years, our biggest successes have been where we've pushed form, where artists have challenged themselves to push boundaries, and where we've surprised adults and children alike with what theatre for young audiences can be.

"At its best, nothing should stop children's theatre standing alongside the very best theatre that's made anywhere."

Jude Law said: "I'm thrilled to have been a supporter of the Unicorn Theatre at its purpose built home in Tooley Street for ten years, watching the theatre grow – just as we watch our children, who so happily attend, grow!

"The Unicorn keeps going from strength to strength."

Unicorn's president Juliet Stevenson added: "The Unicorn is a unique and vibrant theatre that continues to play an important part in thousands of young lives every year.

"I am extremely proud to have been associated with the Unicorn for the last 10 years, from the realisation of Caryl Jenner's dream for the UK's first purpose-built children's theatre to the thriving London venue it is today."