Passenger ferry could be provided during Tower Bridge closure

A passenger ferry service between Butler's Wharf Pier and St Katharine's Pier is one of the options under consideration during the closure of Tower Bridge for three months in 2016. 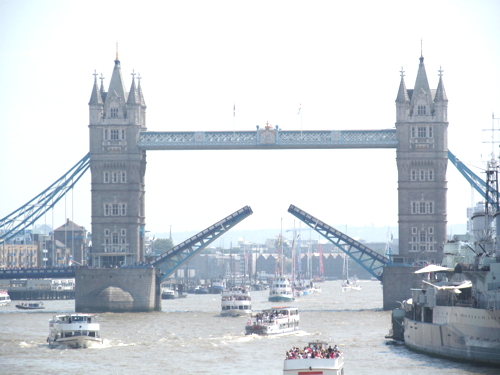 Last month we reported on plans by the City of London Corporation to shut Tower Bridge to road traffic and pedestrians for three months at the end of 2016 to allow the bridge's bascules (the lifting sections) to be re-decked.

Now Mayor of London Boris Johnson has answered a series of questions about the proposed closure tabled by Lambeth and Southwark's London Assembly member Val Shawcross.

"TfL has impressed upon the City of London Corporation, which is responsible for Tower Bridge, of the need to provide pedestrian signage as well as access for those who are mobility impaired," said Boris Johnson.

"TfL has also suggested the option of using a shuttle bus service or a ferry crossing service between St Katharine Docks and Butler's Wharf for pedestrians wishing to cross the river during the bridge closure.

"CoL is considering these options."

City Cruises ran a ferry between Butler's Wharf and St Katharine's Pier in 2002 during a six-week closure of Tower Bridge.